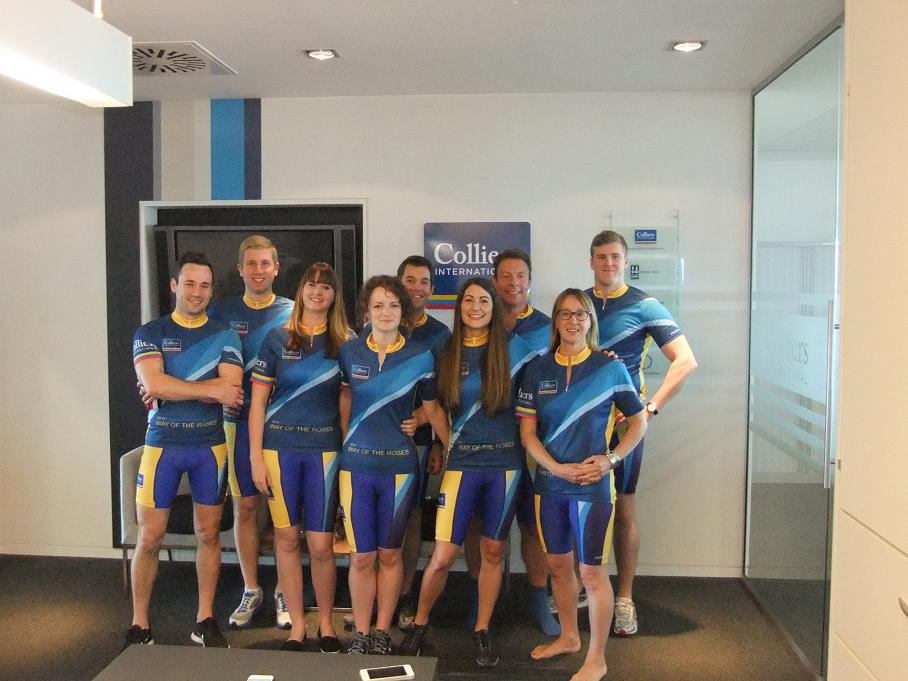 A team of nine cyclists from Colliers International’s Birmingham office followed the paths of professional Tour de France champions on the 237-mile Way of the Roses challenge, from Morecombe to Bridlington, raising £3,235 for charity.

The Way of the Roses is Colliers’ eighth annual charity cycle challenge, raising money for Cancer Research UK and The North West Children’s Support Group. Since Colliers started supporting these charities in 2005, the national team has raised more than £132,000.

Participants cycled for three days; starting out on Friday 6th July 2014 they travelled from ‘coast to coast’ across the breadth of England, through the tough terrain of the Pennine Mountains and the idyllic countryside of the Yorkshire Dales.

David Smeeton, Head of Birmingham Office, Colliers International said: “The team trained hard in preparation for the event and their efforts were well rewarded as they raised £3,235, to be split between Cancer Research UK and The North West Children’s Support Group. Bradley Wiggins and the rest of the Tour de France competitors will be completing this exact route in their first few stages, it was therefore a massive accomplishment for all those involved.”

The team averaged 12.5 miles per hour during the cycle ride and burnt on average 4,000 calories. Conditions were tough; the cyclists battled hail on the Saturday and blazing heat on the Sunday. The nine members of the Birmingham team who undertook the challenge were: Nick Hammond, Peter Vass, Sophie Reeves, Nick Arden, Holly Jackson, Natasha Wibaut, Jonathan Wren, Sophie Orme and Tom Fairlie.