Take-up was set to be high in Bristol’s office market for the fourth and final quarter of 2019, and it did not fail to meet expectations, reports the Bristol Office Agents Society. In addition to good take-up the market also saw record rents pushed higher and a new record set for the City’s largest ever deal.

This strong performance is largely due to BT’s pre-let acquisition of 200,700 sq ft at AXA / Bell Hammer’s Assembly, which is the largest deal on record for the city centre market. The scheme commenced on a speculative basis earlier in the year and this letting shows that when space is made available there is strong demand. Other deals over 10,000 sq ft include Instant Group taking 33,000 sq ft at Temple Point, Bishop Fleming’s acquisition of 13,002 sq ft at the 5th floor of Templeback and Runway East expanding into a further 12,053 sq ft of new space at 101 Victoria Street.

In addition to achieving the largest deal on record the city centre has also set a new record rent, with EPIC UK’s recent refurbishment of 22 – 24 Queen Square achieving £37.50psf for a letting of 3,820 sq ft to Shaw & Co.

Development prospects in the city centre remain positive with construction activity at The Distillery, 1 Portwall Square and Halo providing over 240,000 sq ft between them. These schemes are reporting strong interest. Other sites in the pipeline to start speculative development in 2020 include First Base’s Soapworks, phase 2 of Assembly and CEG’s Aspire. The out of town market also has good prospects of much-needed supply with CEG due to commence a major development at 1000 Aztec West.

Ian Wills, Director of Office Agency at JLL, commented: “BT was the stand out deal of 2019 and illustrates how important new office supply is to allow major employers to grow in our city. Almost all new build and refurbished schemes in Greater Bristol saw deals in 2019 despite some challenging economic times”.

Hartnell Taylor Cook’s partner in Office Agency, Chris Grazier added: “2019 has shown how resilient the Bristol market is and this means that 2020 has good prospects not only for developers looking at delivering new build and refurbished buildings to the market but also for occupiers as a new wave of much needed office stock enters the market.” 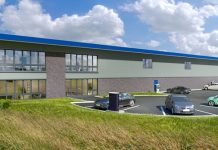 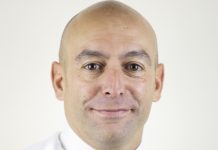 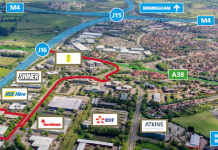