White Commercial Surveyors are reporting that, since 2009, office accommodation being taken along the M40 corridor has increased by over 60%. Vacant office buildings, as a proportion of total office space, has dropped from 12.8% in 2009 to 5.2% in 2019. Consequently, companies are struggling to find modern office space along the London to Birmingham M40, according to latest insight from White Commercial Surveyors and Colliers International. Availability of office accommodation is currently at a 10 year low due to the region’s expanding population and corporate sector benefiting from affordable rents and rates.

Prime rents in Coventry, Oxford and Warwick are between 60-100% higher than the M40 corridor with companies in Oxford paying close to £30 per sq ft and those in Banbury, Bicester and Brackley being considerably more reasonable at around £14 per sq ft.

Chris White, Managing Director of White Commercial Surveyors comments “The significant expansion of the towns in the northern part of the M40, with population estimates predicting further substantial increases by 2029, continues to see a dramatic increase in the take-up of office and industrial buildings in the region. The positive planning policies along the M40 growth corridor have also seen a good deal of land allocated for both commercial and residential development.

“This trend coupled with ongoing demand for quality office and industrial accommodation has put upward pressure on office rents in the area leaving few modern buildings available. Rents and capital values in the Banbury/Brackley area, being nearly half of those of similar buildings in Oxford and Warwick, are available on only a few modern schemes available.

“White Commercial Surveyors are currently marketing a number of modern units at Banbury Business Park and Brackley Office Campus – the latter providing modern detached buildings from 9,000 sq ft to 46,000 sq ft with car parking for over 300 vehicles. White Commercial Surveyors are responsible for over 90% of the available office accommodation in the region. With the unlikelihood of the development of new office buildings in the area, and the demographic and economic expansion of the region, it is likely that the supply of office accommodation will become even more scarce.” 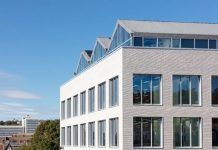 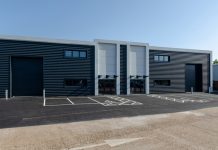 Where has all the industrial property gone? – 1 million sq ft of Brighton and Hove industrial space lost in the last 20 years