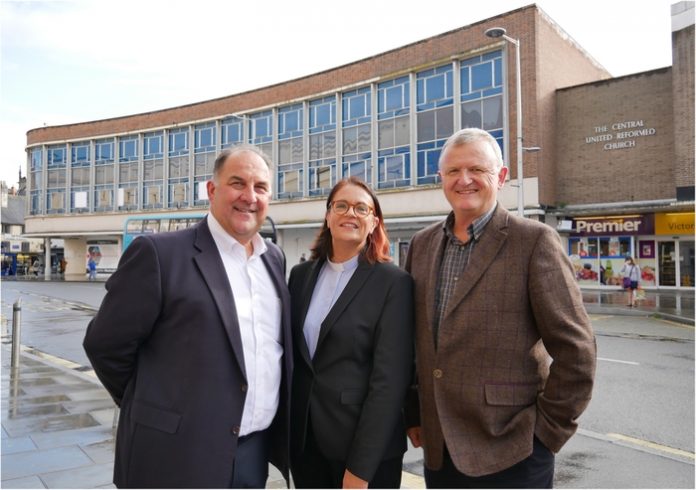 This week the way has been cleared for the redevelopment of Derby’s Becketwell with the agreement of the United Reformed Church to move to a new site.

Contracts were exchanged on the sale of Victoria House on the corner of Victoria Street and Becketwell Lane to Derby City Council by the church which will move to Stuart House on Green Lane.

Salloway Property Consultants have represented the church in both of the contracts.

Its managing director Stephen Salloway said: “These transactions represent the final piece of the jigsaw in making way for the first phase of the most significant development project the City centre has seen since Westfield/Intu.”

“It was not an easy deal because it involved sale and relocation. We all believe in the Becketwell redevelopment but there needed to be flexibility and co-operation on all sides to make this happen.

“The United Reformed Church was always keen to support such a significant regeneration project but has had to balance that with the requirements of the congregation and the very important community services it offers.

“To achieve these deals, we have needed co-operation from both the estates and regeneration departments of the council, the Prince family, who are the owners of Stuart House, and their agent Rayboulds.

“We would also like to thank Becketwell’s developer, St James Securities, whose team have also been extremely helpful.”

John Brebner, Regeneration Project Leader at Central United Reformed Church, said: “We are delighted to play our part in this exciting reformation of Derby and are grateful for the support of all involved in our move.”

As well as regular worship at the Church, it is home to parents’ and children’s groups, including Guides and Brownies as well as sessions for fitness and the bereaved.

It is also the night-time base for Derby Street Pastors and Central Musical Theatre Society.

The Victoria Street Congregational Church dates back to 1778 when services were held in the Market Place.

The Brookside Chapel, built in1784 was the first church on the current site and was replaced by a second church in 1860.

A third building was erected on the site in 1963.

A union was formed in 1972 between the Congregational Church in England and Wales and the Presbyterian Church of England to form the United Reformed Church.