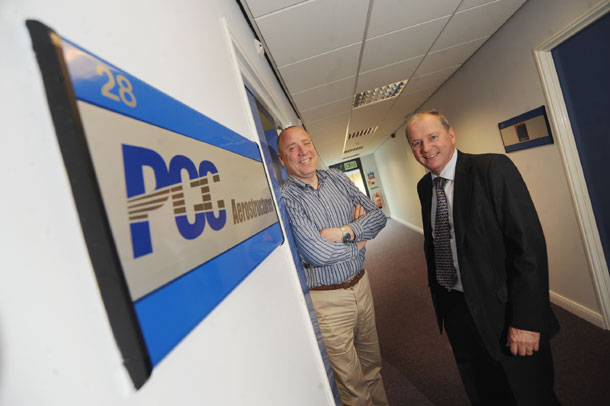 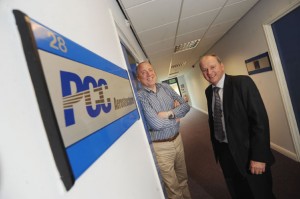 A multi-billion pound corporation supplying components to the international aerospace industry has opened a new headquarters in the Midlands.

PCC Aerostructures – part of the Precision Castparts Corp (PCC) Group which had a turnover of $6.2 billion last year – has opened its European administrative headquarters at the University of Warwick Science Park Business Innovation Centre on Blythe Valley Park near Solihull.

The company is one of the largest producers of airframe structural components and assemblies in the world and also specialises in producing fuel system components and cargo and passenger doors for commercial and military planes. Airbus, Boeing and Rolls-Royce are among its high-profile customers.

PCC Aerostructures and its associated brands operate three factories and employ 650 people across the UK with sites in Rugby, Mansfield and Annesley. The PCC Group, which has its headquarters in Portland, Oregon, globally employs more than 20,000 at 182 locations.

The new office opening is the latest expansion the company has enjoyed over the last 12 months.

David Waring, Senior VP and Managing Director of European Operations, who is managing the new office, said: “The new administrative headquarters sits well within our UK and European operations and is perfectly located for us.

“In the last 12 months the company has made major acquisitions including bringing Primus Aerostructures based in the USA and Farnborough, Centra in Canada and Klune in the US under the PCC Aerostructures umbrella.

“Opening this new office will strengthen our operations further and is a good communication hub for the business, and we look forward to working closely with the management team at the Innovation Centre.”

“PCC Aerostructures works with many of the world’s major aerospace organisations and had been looking for high quality office space to manage its projects in the UK and Europe,” he said.

“The Innovation Centre is a perfect location for start-up firms, or as in PCC Aerostructure’s case, businesses looking to launch new operations and having the flexibility to grow.

“We have a great deal of experience working with clients whose work involves the aerospace industry and we look forward to working closely with David and the team to support PCC Aerostructure’s on-going expansion.”