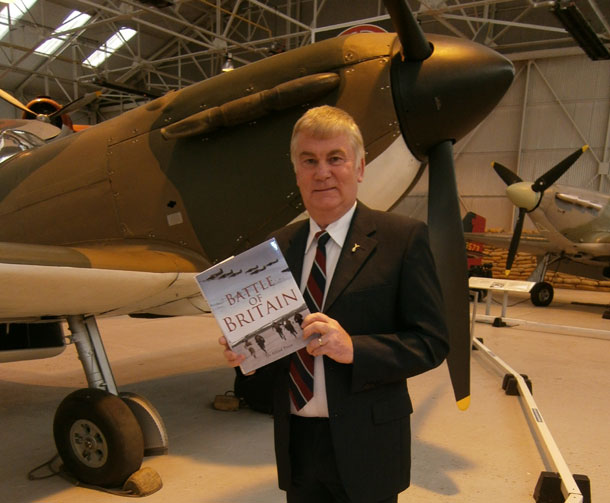 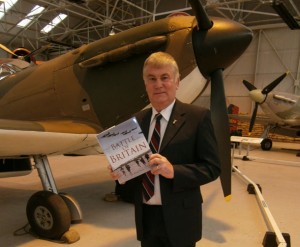 Two of Winston Churchill’s “few” brave airmen who took part in the “Battle of Britain” will be making a special visit to Shropshire just days before they commemorate the Battle of Britain at Westminster Abbey with the Queen.

War heroes Squadron Leader Tony Pickering, 92, and Flying Officer Ken Wilkinson, 95, are two of only a handful of Churchill’s “few” still able to travel and tell their story.

They will be appearing at an exclusive talk at The Shropshire Golf Club in Muxton, Telford on September 11 from 6pm. The special event has been organised by Telford Business Club. Tickets cost £15 and is open to everyone.

Terry Le Long, who is ex RAF and chairman of the network club, said it was a very rare chance to hear the two war heroes speak and he expected the event to be a sell-out. All profits raised from the event will go to the RAF Benevolent Fund.

Mr Pickering will recall his memories of being shot down by a German fighter plane and being forced out of his blazing Hurricane at 3,000ft during the conflict in 1940.

After landing in the Guards depot in Caterham in Surrey he will tell how he returned to the skies the following day.

While Mr Wilkinson flew spitfires under the command of fighter legend Sir Douglas Bader, while taking part in the most important encounter fought in the skies over  Britain.

Mr Le Long said: “We are expecting people to travel from far and wide to hear the story of these two brave men who literally are two of the ‘few’.

“At their grand old age they are still willing to give up their time to tell their story which is amazing.

“Four days after their talk in Telford they will be commemorating the Battle of Britain at Westminster Abbey with HM the Queen.

“They are only two of about 10 veterans who are physically able to attend the ceremony at the Abbey. This is such an amazing opportunity for the people of Shropshire.”

Simon Footer MBE, the regional director of the RAF benevolent fund based at RAF Brize Norton, will be travelling to the event. It is hoped he will be joined by veterans from across the region.

Prime Minister Winston Churchill referred to the heroes of the day as the “few”.

To book a place to hear the war veterans speak on September 11 at The Shropshire Golf Centre, Muxton in Shropshire e-mail [email protected] or call Ros on (01952) 677800 for payment details.