Bristol’s city centre office market will see rents rise to the highest levels ever in 2017 as the result of a ‘perfect storm’ of high demand and low availability, according to a commercial property expert.

James Preece, national offices director, predicted that he headline rent of £30 per sq ft that has so far eluded Bristol would be breached in 2017.

“Requirement for office space in Bristol is at an all-time high, particularly in the city centre, but there is a chronic shortage of stock, and this combination has created a perfect storm that will drive up office rents in Bristol city centre,” he said.

“Demand is anticipated to remain strong in 2017. Rents, especially in the Grade A sector, are likely to improve with £30 per sq ft predicted to be achieved,” he said.

Mr Preece said 2016 office take-up in Bristol returned to a level last seen in 2014, when the 1 million sq ft level was exceeded.

“An exceptional year of take up in Bristol in 2016 has seen the overall figures surpass the 1 million sq ft mark for the second time in the last three years.

“At 20% above the five-year average, the office market had a very strong final quarter both in and out of town. There were twice as many deals over 20,000 sq ft during the year compared with 2015.

The Government dominated the take up in the final quarter, with the Energy and Insurance sectors playing a large role earlier in the year.

Mr Preece said: “Take-up in the final quarter of 2016 was greatly boosted by HMRC who signed a pre-let on 107,000 sq ft at Salmon Harvester’s 3 Glass Wharf, Temple Quay. This was the biggest Grade A transaction of the year.

Bristol’s out of town market also saw a strong final quarter in 2016, with take-up of 111,000 sq ft which was an 80% increase on the previous quarter.

Total out of town transactions for 2016 totalled 308,000 sq ft, with three lettings over 20,000 sq ft – two of which were in the final quarter – contributing to keeping the annual total just above the five-year average.

The largest letting of the year was at 100 Bristol Business Park where Babcock signed in the final quarter on 32,000 sq ft. This was closely followed by 930 Aztec West where Highways England took 30,000 sq ft. 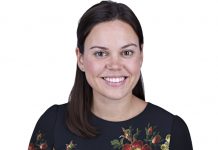 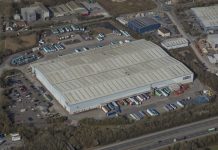