A bid to the Government for £229m, that would unlock a further £756m of private sector investment and other funding, has been submitted by the South East Local Enterprise Partnership (SELEP).

SELEP has calculated that every pound invested by the Government will generate at least three times that in terms of investment from elsewhere.

Christian Brodie, Chairman of SELEP, said: “Our bid delivers against the Government’s priorities of creating more jobs, homes and improving skills. Support for it will send a very positive message to existing businesses and inward investors that there is an ambition and appetite to grow the economy of the South East.”

“Sitting between mainland Europe and the rest of the UK, our area is perfectly placed to deliver for the country as a whole. The bid is timely as it will ensure we have a strong economy as we move towards our new relationship with Europe.”

Each of the 41 projects, many of them delivering new or improved transport infrastructure, has been selected locally as priorities by the local partnerships to help create jobs and the economy; build more new homes or support the skills and training of local communities.

Overall the bid, if approved by Government, would help to create a further 73,672 jobs throughout the area.

Recognising the high demand for new housing across the area, the SELEP-supported projects would also secure the construction of a further 31,052 homes. This would be a significant contribution towards the Government’s plan to build 1 million new homes by 2020.

The bid also recognises the importance of improving the future skills of the area’s young people to help support the economy, with plans to support a further 12,195 learners.

A decision on the bid is expected before the Autumn Statement in December. 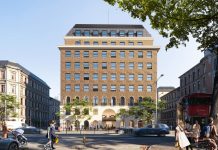