Home England East Midlands Are lease negotiations between lawyers a thing of the past?
LinkedinTwitter
FacebookGoogleWhatsappPrintMail

Some in the legal profession are writing the obituary of lease negotiations between lawyers, arguing that the adoption of a standard commercial lease will become the norm. Head of professional services at commercial property firm Innes England Steve Holland is not convinced.

According to some, lease negotiations have a number of drawbacks; little is achieved during the process, it takes too long and there is a lack of profitability for lawyers.

If little is achieved, that is probably a reasonable indication that the parties were equally well (or equally badly?) represented and the outcome is a fair one where neither party has caught the other out. But is that a reason to change the system?

A Law Society pro forma lease has been in existence for years, but it is adopted very rarely. I do not see a waning in the desire of landlords or tenants to achieve more favourable terms than the next person.  That is the competitive edge; the commercial survival instinct, and there is nothing wrong with that.

I agree that the process often takes too long, or at least it does now. When I started out as a commercial surveyor in the early 1990s a typical deal would take around 28 days from Subject to Contract Heads of Agreement concluded by the agent to engrossment of a lease by the solicitors – it is now typically more like double that. In my experience the best way of minimising the time taken is to employ a lawyer with some commercial nous, capable of picking up the telephone when the need arises; I know a few.

What caught my attention most is the complaint that no profit can be made by lawyers taking on that work; this sounds familiar. The surveying profession has for many years been its own worst enemy on fees, particularly where valuations are concerned.  The requirements that must be satisfied from clients, government and regulatory bodies are so onerous and time-consuming and the liability so great that the work has in many cases become commercially unattractive. That is because, as a profession, we have undervalued our services and allowed fees to be driven down too far.

The outcome in surveying, however, has not been for valuations to become standardised.  It has been polarisation.  Some firms maintain a reasonable minimum fee; others undercut and undercut.  Given the resources and expertise to complete the task properly and reliably, those undercutting will sooner or later run out of money or indemnity insurance, or both.  It is taking a while to wash through but ultimately it is an unsustainable trend, and not a pleasant journey to the end.

My suggestion to friends in the legal profession is, therefore, allow the market to find its level, and be reminded of one of my favourite quotations, attributed to John Ruskin, “There is scarcely anything in the world that some man cannot make a little worse, and sell a little more cheaply.  The person who buys on price alone is this man’s lawful prey.” 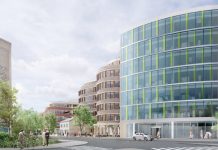 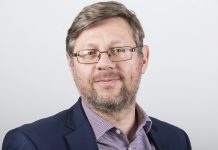