Demand for larger office suites in central Manchester is rising in a historic reversal of the decades-old trend for smaller space requirements, according to real estate advisors Colliers International.

The agency’s latest research showed that in the first half of 2015 there were seven deals involving city centre Grade A office space of more than 20,000 sq ft compared to 10 such deals in the whole of 2014.

Peter Gallagher, director, national offices at the Manchester office of Colliers International, said the findings represented a significant reversal of the historic trend of central Manchester being a market dominated by demand for small office space of less than 5,000 sq ft.

He said: “In 2014 about 80 per cent of all the space let in central Manchester was for office suites of less than 5,000 sq ft. This year the situation so far shows a dramatic change in that pattern.

“As there is a significant number of large occupier requirements in central Manchester still to be satisfied, it may be that the city is becoming more of a large office suite market.”

The latest Net Stock Absorption (NSA) office market update from Colliers International confirmed Manchester’s status as the most active office market of the ‘big six’ regional cities outside of London with a total take-up of 667,857 sq ft in 152 deals in the first half of 2015.

Take-up reduced the supply of Grade A office space in the city centre by 43 per cent to 131,393 sq ft – the lowest level since before the economic downturn in 2007.

This shortage of such space will persist for another 12 months, further increasing the downward pressure on Grade A vacant property.

Average rental levels for prime space in the centre of Manchester rose by six per cent to £34 per sq ft.

Mr Gallagher added: “Manchester’s success, at the epicentre of the Northern Powerhouse, is because of a diverse range of business sectors already resident, its transport and higher education infrastructure, a cosmopolitan retail and leisure offer and its ability to continually attract both inward investors and to grow existing occupiers.”

Colliers’ research also showed a strong performance by Salford Quays where a total of 436,443 sq ft was taken up in the first half of 2015 – including the “stand out deal” involving the relocation of Talk Talk to 106,000 sq ft at Soapworks – and an average rental level up by five per cent to £22 per sq ft.

Office space transacted in South Manchester and Warrington amounted to 294,331 sq ft and 143,284 sq ft with average rental levels rising by 22 per cent to £22 and three per cent to £16 per sq ft respectively. 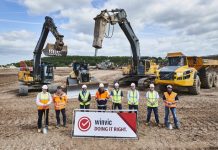 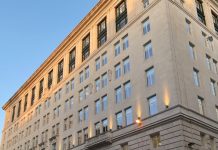 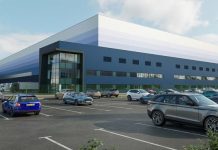