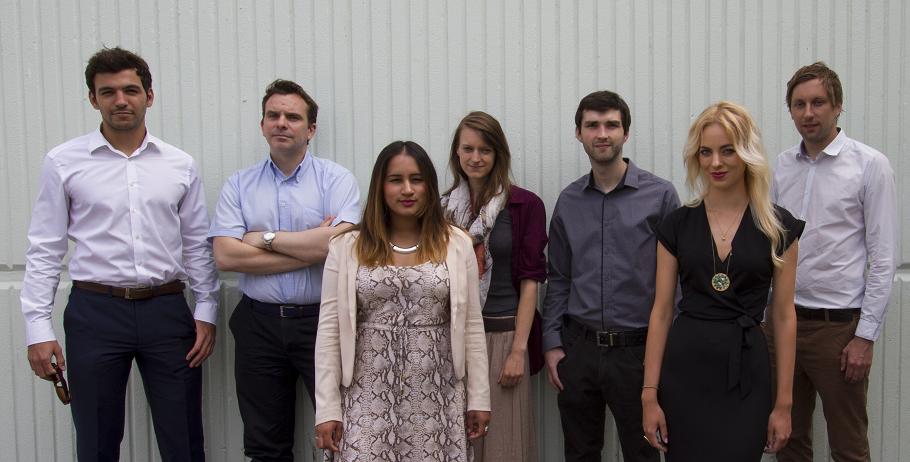 HLM has doubled in size in Wales, appointing eight new members of staff to its Cardiff office following a period of sustained growth and new contract wins.

The firm’s office on Greyfriars Road, which now employs over 20 members of staff, has been appointed to deliver the new £250 million Defence College of Logistics, Policing and Administration at Worthy Down in Hampshire. Working alongside Skanska, HLM designed the winning scheme, which is part of a Ministry of Defence project to upgrade the site, as well as redevelop the Princess Royal Barracks in Deepcut, Surrey.

In addition, HLM in Cardiff has been appointed to design updates and extensions to five schools in Reading, totalling around £20m.

After securing these contracts, Daniel Lewis and Scott Frederick join the HLM team from a Bridgend-based architect, as a project architect and senior architect respectively. They bring with them a wealth of experience from bespoke residential and commercial projects, to regeneration and conservation work with listed buildings.

Daniel will be delivering designs for St Michael’s Primary School, one of the five schools that are part of the contract with Reading and Hampshire County Borough Council. Scott will be developing and delivering five significant buildings for the Worthy Down project with the Ministry of Defence.

Yasmin Mokha, an interior design graduate from the University of Glamorgan, joins the firm’s interiors arm to support the team on design concepts that complement the master plan of a building and landscape architecture.

Sean McCarthy joins having completed two years at a Bristol based firm to support with delivering the Worthy Down project, while Katharine Edwards joins as an architectural assistant, completing her stage two practical experience before becoming a fully-qualified architect.

Daryl Jones and Dylan Pugh have been appointed as architectural technologists, supporting the team on a variety of projects, including Mosaic Primary School in London. The eighth new recruit is Alice Eades, an administration assistant, who will support the team on a range of projects.

Jonathan Jones, associate director of HLM in Cardiff, said: “We are delivering a number of projects within Wales, but are equally winning a great deal of work across the border which is being delivered from our Cardiff office.

“We’re delighted to welcome our eight new recruits to the team, who will bring with them the experience and energy to help us sustain and build on this period of growth.

“It’s an exciting time for us as we begin work on a range of new projects and, with a growing team in Cardiff working closely with our network of offices across the UK, we’re well-placed to deliver exceptional high-quality designs.”

HLM is a practice offering architecture, landscape architecture, urban design, master planning, interior design and sustainability expertise. It has a network of offices across the UK, including in London, Sheffield, Glasgow, Belfast, Cardiff and Plymouth. HLM’s work spans the private and public sectors, specialising in education, health, defence, justice, civic, commercial and residential.