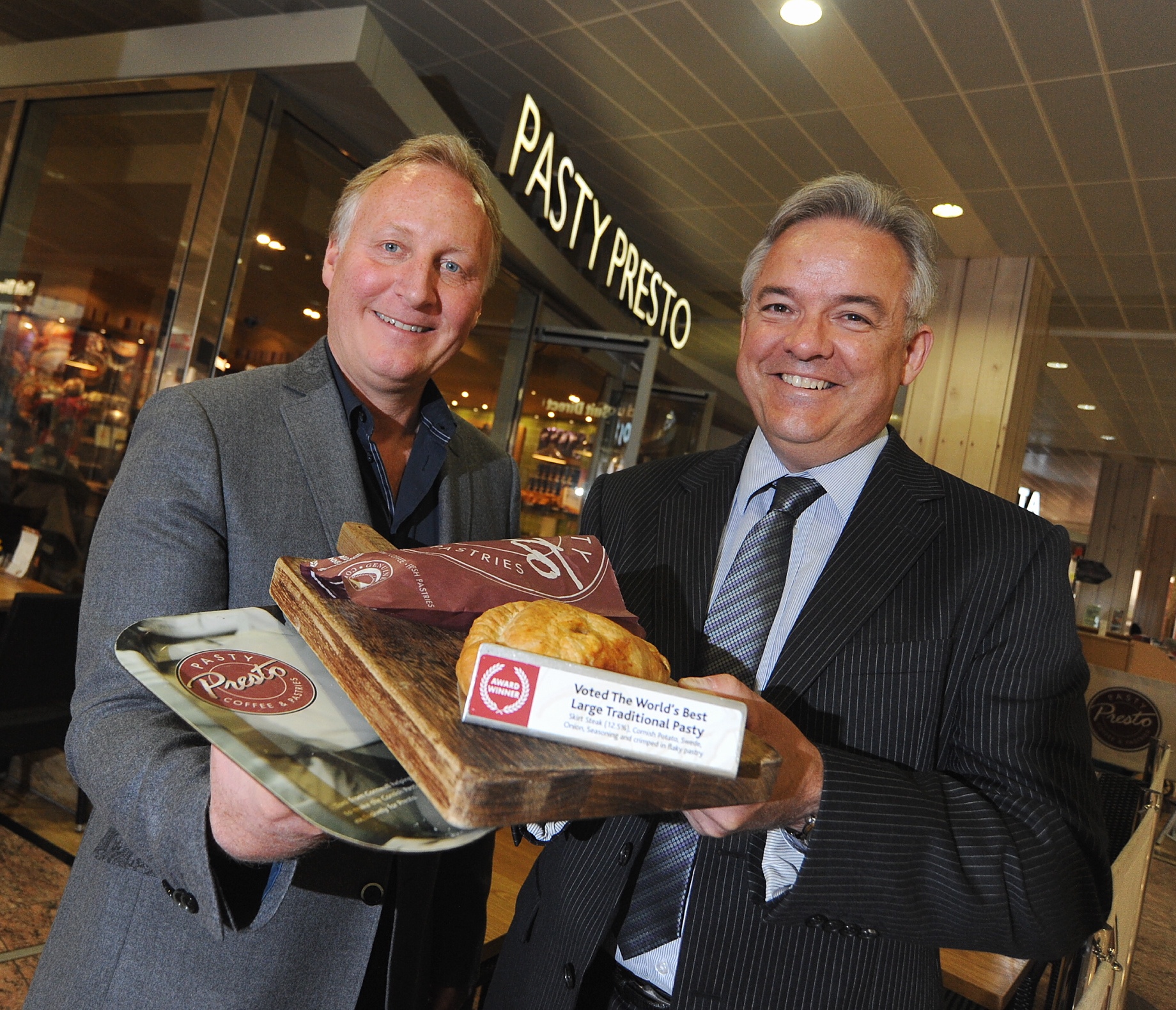 The company behind ‘The World’s Best Cornish Pasty’ is expanding its network of Cornish pasty shops across England after securing a six-figure funding package from Clydesdale Bank.

Pasty Presto runs 28 Cornish pasty shops across the country, predominantly in the South West, with openings in two new locations including its first in the Lake District.

The company, which employs around 300 people and has its headquarters in Bath and shops in Bath and Gloucester Quays, has opened shops in Fowey in Cornwall and Windermere in Cumbria after securing around £450,000 of funding from Clydesdale Bank’s Business and Private Banking Centre in Gloucester. The openings have created around 20 new jobs in total.

The expansion comes hot on the heels of Pasty Presto winning ‘The World’s Best Cornish Pasty Award’ at the World Pasty Championships held at the Eden Project in March.

Steve Grocutt, owner and founder of Pasty Presto, said the support from Clydesdale Bank has enabled the business to move forward with its expansion plans.

Steve opened the first Pasty Presto shop in Mevagissey in 1994 and says he is excited to not only be growing the company’s presence in the south west but also moving into a new market place.

Steve said: “Pasty Presto is a well-known name in the West Country and we’re delighted to be in a position to move forward with the expansion plans and open a new shop in Fowey.

“Our shops are predominantly located in high end tourist locations and we’re extremely excited about opening our first shop in the Lake District, which is a natural fit for the business.

“We’ve been customers of Clydesdale Bank for around five years and they’ve given us great support during this time. The Bank has always listened to our plans and shown a great understanding of what we are trying to achieve and we value the backing they’ve afforded us.

“After what has been a tough market over the last couple of years, trading conditions have picked up again recently, and with summer approaching, the new openings and winning the award for the World’s Best Cornish Pasty, it’s been a great period and we are well-placed to kick on and continue our expansion plans.”

John Cary, relationship manager at Clydesdale Bank’s Business and Private Banking Centre in Gloucester, said Pasty Presto has established a strong brand and is well placed to grow even further.

John said: “Pasty Presto has established a strong reputation across the South West and a number of successful shops in the South West, Midlands and at motorway service stations.

“The opening of a new store in Fowey and its move into the Lake District is exciting news for the business and Clydesdale Bank is proud to have provided funding to support this venture.

“The Bank’s Growing Business package has been launched to support businesses that are looking to expand with access to funding; well-managed businesses like Pasty Presto.”