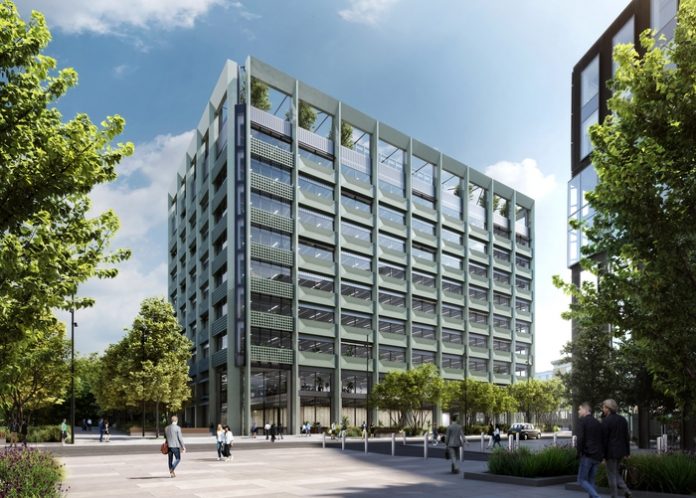 Plot 9a is being brought forward by lead developer, Ask and its JV partner, The Richardson Family. The building will have a BREEAM minimum rating of Excellent and is also one of the first offices in Manchester capable of achieving a minimum NABERS Design for Performance rating of 5.5* stars or above – the highest level of environmental performance in use.

It was announced in August last year that the Government Property Agency (GPA) has taken a 25-year lease on the entire building which will accommodate around 2,500 staff. It is expected that £31m in economic benefits will be generated by the relocation from London to Manchester of over 700 civil service roles, which forms part of the Government’s Places for Growth initiative.

The Government Hubs Programme enables the GPA to provide a smaller, better and greener estate which supports the Government’s ambition to reach net zero carbon emissions by 2050. The hubs allow the GPA to create modern, inclusive environments where departments can be collocated in shared buildings across the UK. Supporting Government’s Levelling Up agenda and Places for Growth initiative, encouraging the movement and creation of jobs outside London.

Ask has worked successfully with BAM over the past five years on a number of high-profile schemes with a combined contract value in excess of £137 million delivering almost 367,000 sq ft of floor space across Manchester, Salford and the North East, the most recent of which is a new flagship headquarters for one of the UK’s largest providers of social housing, Home Group, in the centre of Newcastle.

Ian Fleming, North West Regional Director at BAM added: “The ‘Holy Grail’ in the construction sector, which enables gold standard collaboration, is the early involvement between all the parties and in particular, developer and contractor. This pre-construction phase is where problems get identified and solved, partnerships are forged, and ideas and solutions realised that add value to a scheme and guide it to success.

“That’s our experience of working with Ask – it means our ability to enhance the sustainability and social value of how we work and what a scheme can achieve is improved. I know that the great challenges of a scheme like this can be met through the innovation and creativity our partnerships will bring.”

John Hughes, Managing Director at Ask Real Estate said: “We are delighted to have appointed BAM to take this project forward. Since announcing our pre-let to the GPA we have had an unbelievable reaction to the building’s sustainability credentials and the jobs this development will bring to First Street. Having worked with BAM for a number of years, they have become a trusted contractor partner for us and this appointment continues our positive relationship.” 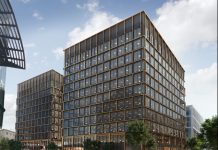