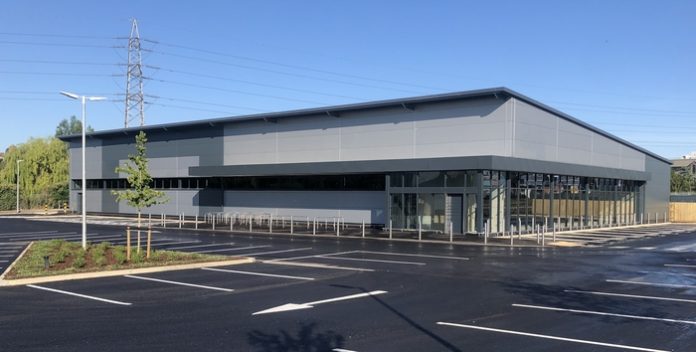 Work on a new Aldi store at Gypsy Lane in Luton has now been completed by Hampton Brook and handed over to Aldi for the final fit out.

The new foodstore will be open to customers in the Autumn of this year.

Ian Jackson of Hampton Brook said: “Hampton Brook is delighted to complete work on the site and deliver a new local Aldi for the people of Gypsy Lane and Luton.”

He said “I would also like to pay tribute to Luton borough councillor Paul Castleman who sadly passed away last summer, for his support and dedication to this project. His resolve to see this store built for the local residents was truly admirable and I’m sure he would have been proud of today’s milestone.”

The store will create 45 new permanent jobs, with additional local jobs created during the construction process, and will provide thousands of customers with access to Aldi’s award-winning quality and unbeatable value.”

The 12,275 sq ft new foodstore will open its doors in the autumn and shoppers will then be treated to Aldi’s legendary aisle of special buys along with its award-winning range of fresh and frozen food. Not only has Aldi been voted Favourite Supermarket and Favourite Wine Retailer for three consecutive years by the Good Housekeeping Food Awards, it has also scooped Favourite Premium Supermarket Range for the second year running.

As a proactive regional commercial developer, Hampton Brook has already invested heavily in Luton, where its ambitious plans at Luton Airport are currently providing major economic growth and job creation through the multi-million pound refurbishment of the former Monarch Airlines HQ. This is delivering much-needed new high-quality Grade-A office space to attract new businesses to Luton, with further, future investment planned at this site. 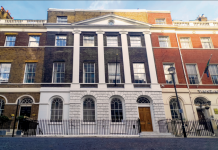