GLP, a leading investor and developer of logistics warehouses and distribution parks, has announced that is has let the entirety of G-Park Bedford Wixams to MH Star. The major new lease encompasses over 530,000 sq ft. of space across three newly developed buildings which remain under construction. This is MH Star’s first lease with GLP in the UK having previously leased space with the company in Spain.

G-Park Bedford Wixams is being developed on a speculative basis by GLP and comprises three buildings of 125,000 sq ft., 160,000 sq ft. and 250,000 sq ft. It is the largest single development in Bedfordshire and is an ideal location for logistics with easy access to both the M1 and A1.

MH Star UK, a London-based ecommerce company specialising in the home, outdoors and beyond, have been building their brand reputation since 2010; in particular seeing a significant uptake in customer demand since the beginning of last year. The new development will assist with the company’s continued progress, supporting them at this key moment in ecommerce where both customer and key chain demand increases at an exceedingly fast-paced rate. MH Star UK has experienced rapid growth over the last year, accelerated by the consumer shift to e-commerce following the Covid-19 pandemic.

The development was undertaken in response to unprecedented demand stemming from the continued growth of ecommerce and a need for increased supply chain resilience. The construction of G-Park Bedford Wixams forms part of GLP’s ongoing expansion plan across the UK and Europe. In the UK, GLP recently announced the development of a further 2.3 million sq ft of space across a range of sites in addition to the 1 million sq ft of space announced in January.

As with all GLP developments, industry-leading sustainability features are delivered as standard including 12% less embodied carbon than industry standard and 15% less operational carbon in day-to-day operations. The buildings have been developed to a BREEAM Excellent rating and are WELL ready.

Adrienne Howells, Development Director, GLP said: “This year is one of the busiest that GLP has had in its history. Over the course of this year, GLP will be on site developing over 3 million sq. ft. of warehouse space across the UK. This landmark letting of all three buildings at G-Park Bedford Wixams, ahead of practical completion, speaks to the continued strength of the logistics real estate market and the quality of the space that GLP produces. Our focus remains to deliver on our ambitious development programme to continue to support customers like MH star. We look forward to working with them as they occupy these three exceptional-quality buildings.”

Arvind Panchmatia, General Manager, MH Star added: “As more consumers adapt their spending habits and shift to e-commerce, it has been increasingly important for us to source high-quality warehousing solutions so that we can effectively respond to ever-increasing demand. G-Park Wixams delivered on every aspect, from modern, flexible office spaces to renewable energy provisions and welfare facilities for employees.

“It has been a pleasure working with GLP, and we are delighted to be leasing all the units at the scheme. This new site will put us in a strong position to drive forward MH Star UK’s expansion as the business continues to grow and evolve.” 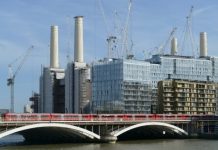 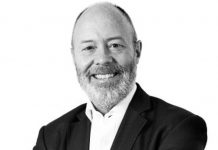 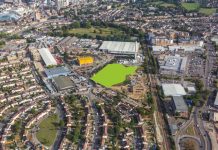