New data from BNP Paribas Real Estate shows that office- take-up rose by 29% in Central London, including The City of London and West End, in the first three months of 2021, compared to the last quarter of 2020, reaching 1.2 million sq ft. Although, this demonstrates an optimistic upwards trend in the market, leasing activity is still 55% down on the same period last year when 2.8 million sq ft of office space was leased.

In the City of London, office take-up reached 0.7 million sq ft between January and the end of March, rising by 93% on the previous quarter. This was primarily driven by the pre-let of 245,000 sq ft at 1 Leadenhall by law firm Latham & Watkins. Other deals in the first three months of the year included Tik Tok taking the entire building, 88,500 sq ft, at Kaleidoscope, 4 Lindsey Street, EC1, Alliance Bernstein’s acquisition of 52,160 sq ft at Sixty London Wall, EC2 and the leasing of 46,260 sq ft at Juxon House to The International Dispute Resolution Centre (IDRC).

The Professional Services sector was responsible for the largest share of office take-up across Central London at 34%, up from 26% in Q4 2020. The Media Tech sector followed at 21%.

Office vacancy rates across central London have risen from 7.8% to 8.4%, with the majority of new supply being, unwanted space released by tenants.

So far this year, tenant release space stands at 7 million sq ft, up from 6.2 million sq ft in the last quarter of 2020. However, demand continues to focus on new space; of the 3.1 million sq ft of grade A space being delivered this year, 44% is already pre-let helping to explain why prime rents on Grade A space have remained stable.

Only a limited number of new developments are due to complete in 2021, one of the biggest currently under construction being HYLO in Bunhill Row, where high rise tower floors and large podium floors will be ready in September.

“From a general trend of businesses downsizing and a low base at the end of last year, take-up for the first quarter of 2021 has been encouraging and we are now seeing increasing levels of viewings and new requirements emerging. People are highly motivated to get on with their lives and we expect pent-up demand to lead to increased leasing activity for the rest of this year. In particular, occupiers looking ahead are focussed on having the right type of space that supports their business, culture and their people. We are seeing more focus on new space with bosses increasingly seeing the value in new creative workspaces that will be attractive to staff and visitors.”

“Professional services and media tech sectors that are driving take-up of space across London is not a surprise. These are mostly client facing businesses that have adapted to remote working during lockdown but to support future strategy and growth they want to be in well-connected central locations, to facilitate meetings and have access to everything the capital has to offer.” 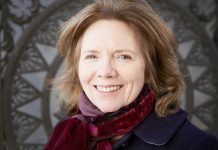 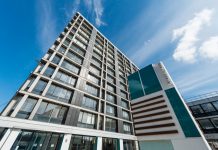