We have entered into a time most likely unimaginable to most except in perhaps a movie script and certainly into uncharted territory, albeit we hope and expect to be for a relatively short period of time. But this will, I believe be a time of thought and change in many walks of life including business. In this blog I want to touch upon the office market as I believe this could bring a new wave of thought within businesses that could change the office market in the UK and possibly the world over.

In the UK certainly there has always been a high demand for office space, in particular within large businesses. Look in any of our key city centres across the UK and you’ll see large office buildings housing hundreds of employees from call centres to law firms and even in our industry the large national agents. So why do we have a reliance on large office buildings with the majority of staff all working from a central location? This could be down to a raft of reasons:

But possibly the greatest reason businesses have for not giving staff the flexibility to work from home is trust. For many years fee earners in industries such as commercial property, law etc have been allowed to work from home, in sales roles often more experienced sales people have had the trust to do so also. But these have one major element in common – how hard and smart they work has a direct correlation to their pay packet at the end of the month, quarter or year and they more they earn the more the company earns. But as other staff may not be bonussed in the same way is that why we don’t trust them, do we think that they will be too easily distracted by other interests if they work from home and there is maybe even a lack of loyalty?

Well we are all about to find out! Personally, I feel that up until now many employers have thought this to be the case whereas in reality it isn’t. I also believe that in these next few months we’ll really see how much many of our employees out there value their company and their role in its success no matter at what level that may be. And for those that didn’t value it, I think there will also be a shift in view. This will serve as a time that some employees will also see the importance of a secure role that they need to work hard for in their working week.

So, whilst attitudes shift over the coming weeks and months, what has had to change rapidly is the IT infrastructures as companies have been forced to setup workers from home locations where possible. This will no doubt lead to more longer term measures in place to allow for home working whether it be for redundancy in case of another national emergency or just a shift in attitude. Not only do IT infrastructures need to shift but so does our approach – particularly in the commercial property industry to systems and technology. The more flexibility we give to our people to work remotely, the more thought we have to put into helping them to still work collaboratively and efficiently. Proplist have been working hard over the last year to bring forward good technology to the industry, much of it launching over the next few months to help agents achieve exactly this.

But what other effects could a shift in attitude have on the office market place? Flexible work space has seen a massive increase in office take up in the last few years, could this take up more of the slack with more of it offered by the property owners directly? Would the large demand for residential properties to be built see more offices convert to residential. This could also mean that less of an impact is made on our green belts?

All of this could have huge knock on effects that could also be greatly beneficial to our environment and help us move more positively to some of the goals that have been set out already. With many cities setting out plans to follow London and start charging to enter clean air zones in an effort to reduce traffic and pollution is this the unexpected catalyst? With air pollution being seen to dramatically drop since the “lockdowns” started by over 50% in some European cities along with London’s reducing by 49% and Edinburgh’s by a staggering 62% on the first day of restrictions. In Venice they have seen the canals run almost clear, although not down to pollution but more so due to the reduction in boat traffic not stirring up sediment, however it has meant that locals have seen more fish than ever and even had a visit to the canals from a dolphin and that in itself must inspire change.

I’m sure Greta Thunberg will hope so!

Sam Empson
Sales and Marketing Director, Proplist
Dad to 2 young boys
Ever the glass is half full 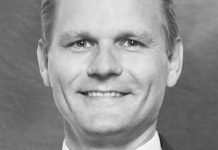 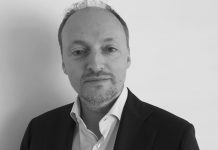