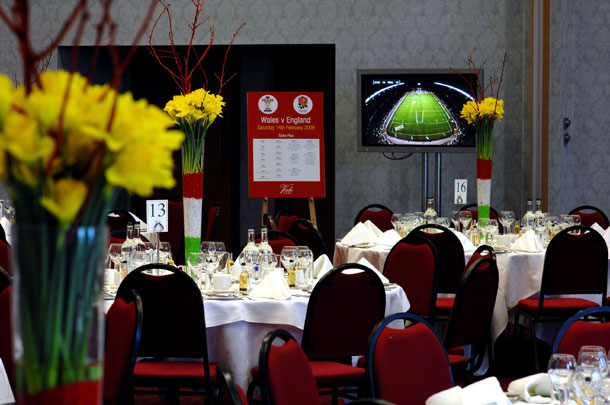 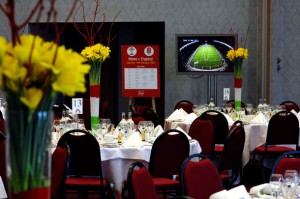 The Vale Resort, home to the Wales Rugby Team, has been appointed as an official corporate hospitality provider by the Welsh Rugby Union.

The resort, which is set in over 650 acres of countryside in the Vale of Glamorgan, is the official hotel and training venue for the Wales Rugby Team, and will now also provide off-site corporate hospitality for Wales’ home matches during RBS 6 Nations and Autumn Internationals.

It is one of only three venues that have been authorised to offer an official corporate hospitality service by the Welsh Rugby Union, and further cements the Vale Resort’s reputation as the sporting hotel of choice in Wales.

Paul Beddoe, sales and marketing director at the Vale Resort, said: “We are delighted to be able to offer this service, and look forward to working closely with the Welsh Rugby Union.

“There’s only a few months to go now until Wales plays its next match at the Millennium Stadium and, at the Vale, we are looking forward to getting right behind them and giving them all the support they deserve!

“As the home of the Wales Rugby Team, we can offer our guests a unique and unparalleled experience. As well as enjoying all the luxury and hospitality of the Vale Resort pre and post-match, they will literally be able to cheer the team onto the bus before following them to the Millennium Stadium in a luxury coach to watch the game.”

As well as tickets and transport for the match, guests can expect to enjoy a pre-match, four course meal, and a celebrity speaker to add to the excitement of the day.

Mr Beddoe said: “We have spared no expense in ensuring that guests receive the best possible experience during their time with us, and get to enjoy match day in as much comfort as possible.”

The Vale Hotel is Wales’ highest rated four star resort and also the official hotel and training venue for Cardiff City FC and the Cardiff Blues. It is also a firm favourite with visiting teams such as Liverpool FC, Manchester United, Arsenal, Chelsea, and Blackburn Rovers, and many of the rugby teams competing in the Heineken Cup.