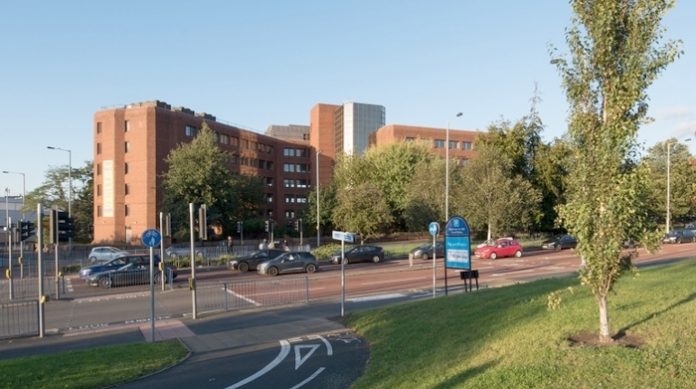 Telecom House, Church Street, Wolverhampton, which fronts on to St Johns Ring Road, has been purchased by Empire Property.

The building, which totals 84,876 sq ft, will now be repurposed for residential use as it has outline planning permission for 156 apartments.

James Mattin, managing partner in Bond Wolfe, said: “We sold Telecom House on behalf the Law of Property Act Receiver after we were appointed in November 2019. The previous owner Inspired Asset Management went into receivership in August.

“We won the contract to sell Telecom House after a very competitive tender process and immediately received strong interest in the building from both regional and national developers and investors.”

He said Telecom House is a six storey office building in two wings on a 1.436 acre site with approximately 70 parking spaces. It was building in 1984 and substantially refurbished in the early 2000s.

At one time more than 700 BT staff worked in the Church Street building but BT moved out and put it up for sale in 2017.

It is also on the edge of the £55 million Westside leisure development and has good access to the Wolverhampton transport interchange development which includes rail, bus and Metro tram links in close proximity. Connections to the M6 and M54 are around three miles, giving access to the national motorway network.

Empire were advised by Keebles LLP while Addleshaw Goddard LLP acted for the LPA Receiver.