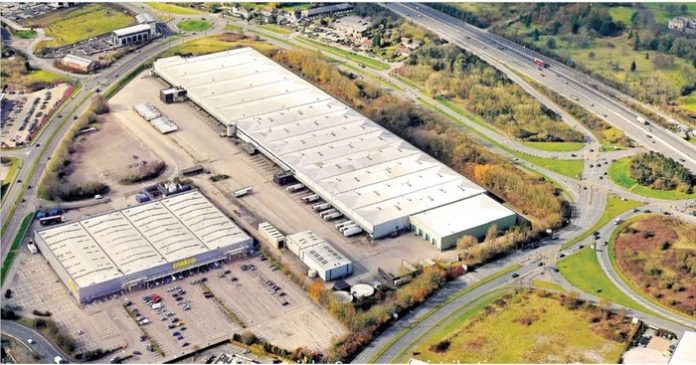 Commercial property rents in the South West are expected to fall in 2020, according to the Q4 2019 RICS UK Commercial Property Market Survey. However, while anecdotal evidence suggests greater clarity over Brexit will spur on activity this year, it is unlikely to change the fortunes of the retail market.

The latest results show the South West’s retail sector is continuing to struggle. The number of people looking to rent retail space continued to fall (a net balance of -46% in Q4), continuing a downward trend first established in Q3 2017.

Looking at availability of leasable space, the number of empty retail units in the region rose once again. A net balance of +45% of respondents saw an increase in available retail space this quarter.

The increase in available units has prompted a further rise in incentive packages, as 53% more respondents reported a rise in inducements on offer to prospective tenants – the highest reading since June 2010.

As more retail units remain empty, rental expectations remain negative. In the coming three months, a balance of -57% of respondents expect to see a fall in retail rents. Capital value expectations also decreased in Q4 for the South West’s retail sector as a net balance of -64% expect a fall in values.

It is with little surprise, that investment in South West retail continued to decline in Q4 as a net balance of -55% of respondents reported a drop in the number of enquiries for the region’s retail space. Overseas investment enquiries also reduced this quarter.

The region’s industrial sector is, once again, the most in demand with 9% more respondents reporting a rise in interest.

The amount of leasable space failed to keep up with demand in Q4 as -17% of respondents reported a fall in the number of available premises. The imbalance between supply and demand saw +36% more local respondents suggesting that rents will rise in early 2020 for the industrial sector.

The South West office sector saw a steadying in interest from prospective tenants, with +2% of respondents reporting a rise. Meanwhile the number of available office units fell in Q4 with -3% reporting a fall for the second consecutive quarter.

As office space sees an uptick in prospective tenants, respondents to the survey expect office rents to rise over the next three months (+19% net balance). Capital value expectations in the region rose to a net balance of +21% in Q4, whilst respondents have reported a rise in overseas investment enquiries (+4% net balance) and fall in domestic enquiries (-2% net balance).

In Q3 2019, a majority of 54% of South West respondents perceived the market to be in a downturn. In Q4, this reading eased to 34%. There has also been a small uptake in respondents classifying the market as being in a stage of upturn, with the +53% net balance rising from +30% in Q3.

Tarrant Parsons, RICS Economist, commented: “Expectations appear to have strengthened in the office and industrial sectors following the decisive outcome of the general election. That said, this improved sentiment has not found its way into the retail sector, where the outlook remains just as downbeat as before. Given the continued rise in retail vacancies and sharply falling demand, any change in fortunes across the sector still seems to be some way off. In the meantime, further downward adjustments in rents and capital values expected both in the year to come and further ahead.