The Downs’ growing popularity as a concert and events venue mean that plans to build Bristol’s new arena on the outskirts of the city at Filton may become redundant, according to a leading property expert.

International construction company YTL has been appointed to develop the city’s new arena, together with new housing and a conference centre, on the site of the Brabazon hangars on the former Filton airfield. The venue hosted two concerts by legendary Bristol band Massive Attack in February.

The Filton site was chosen as the preferred venue for Bristol’s new arena after Bristol City Council abandoned plans to build a city centre arena near Temple Meads station.

“The Arena Island site was a far more accessible location than Filton for the vast majority of people in Bristol and beyond, and the same applies to The Downs,” says Tim Davies.

“The Downs has shown that it can host top-class events and these have been increasing in size and regularity in recent years. As well as the ever-popular Downs Festival, this year has seen the Madness concert, the food festival and other circus and funfair events being held close to the city centre.

“The question must be asked as to why we are proceeding with a new arena at Filton when we have a wonderful natural asset, in the shape of The Downs, that is far more accessible to everyone. The only real downside is the fact that all concerts need to be outdoors.

“The debate about ‘out of town’ versus ‘in town’ for the best venue still remains undecided despite all the logic suggesting a city centre location would be preferable.” 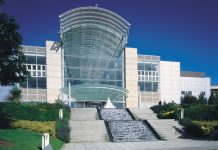 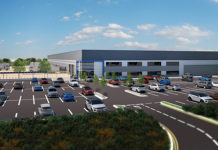