Dorset solicitors, Steele Raymond, have reached a significant milestone, having been recognised as one of Dorset and the South West’s leading law firms by independent industry bible, The Legal 500 for the 15th consecutive year.

The rapidly expanding firm has, once again, been awarded the highest possible ‘Top Tier’ ranking by the independent directory in its key legal areas of Company and Commercial, Commercial Property and Dispute Resolution.

The guide also provided outstanding comments and recommended lawyers in the areas of Family, Private Client, Education, Property Litigation and Contentious Trusts and Probate. Additionally, the firm’s Family team have improved their annual ranking, moving to the second tier.

The latest ‘Top Tier’ ranking comes following another impressive 12 months for the firm, with significant growth and the arrival of a number of key legal appointments in family, company and commercial, commercial property and dispute resolution. This year alone has seen the growth of the firm’s turnover by 25% underlining its continuing strength across the region.

The Guide recognised Steele Raymond’s company and commercial team for its specialism in the M&A market, as well as its notable expansion within the areas of aircraft acquisition and renewable energy projects. Partners, Tim Stone and Paula Eckton are both recognised by the Guide as ‘Leading Individuals’. In addition, Paula is mentioned as having a ‘wealth of commercial experience’.

Clients of the firm’s commercial property team praised their thoroughness, creativity and professionalism in reaching the best-possible solutions, whilst recognising their service as ‘exceeding that of other property firms in the area’. Partner and head of the firm’s commercial property team, Chris Twaits, is praised for his ‘proactivity and demonstrating an extremely high level of professional skills and ability’ and is listed again a “Leading Individual”.

Partner, Jennifer Rogerson also received recognition for her knowledge, expertise and attention to detail with particular reference to her work in retail sector, landlord and tenant work.

The ‘excellent’ Emma Stainwright, Partner in the commercial property team, is recognised for her work in commercial development mandates for landowners and regional house builders, as well as being noted as a ‘next generation partner’ by the publication being partners who make a material difference to the practice.

The Dispute Resolution team at Steele Raymond once again maintained its ranking in the top tier, with the firm’s service being described as ‘excellent at understanding the client’s needs and finding the best way to achieve the best possible outcome’.

Head of Dispute Resolution, and Managing Partner, Peter Rolph is again recognised as a Leading Individual and is singled out as being ‘a highly experienced litigator who takes a practical approach’, whilst also receiving note for possessing ‘an excellent legal and commercial brain’.

Solicitor, Lauren Meade, who is new to the firm in respect of this year’s rankings has been recognised by the Legal 500 as having the ability to cover a wide range of commercial disputes and for her particular specialism in contentious intellectual property matters.

Senior Associate, Hannah Dare, is highlighted as a ‘key lawyer’ and is also recommended for her property litigation expertise which includes landlord and tenant disputes. In addition, there was a new-and-notable appearance in the rankings for Alice Toop, who is described by the Guide as a ‘rising star’.

Gaining further recognition, Hannah Dare is described as ‘providing comprehensive and commercially strong advice’ and someone who ‘has a steady hand in guiding clients through difficult processes’.

Within the employment law field, Peter Rolph is praised for his calmness and is recognised for his ‘strategic yet pragmatic approach’. His team are described as being ‘excellent, with a very practical and commercial outlook and a pleasure to work with’.

Having received ‘strong player’ status in last year’s rankings, the Family team have continued their upward trajectory with an improved placement in the Second Tier of this year’s rankings.

This achievement is of particular note for the growing team, not least as the category covers a wider geographical area, including competing firms from across the South West.

Partner, Daniel Sanders was recognised for his handling of child-related matters, such as relocations and disputes, as well as his ability to act for members of Polish community groups by virtue of speaking the language.

In addition, Senior Associate Solicitor, Lindsay Halliwell was recognised as a ‘rising star’ by the Guide and was noted for her mediation work and her expertise in acting for ‘high-net-worth individuals, landowners and business owners’.

In private client matters, Steele Raymond’s personal tax, trust and probate team is recognised for having ‘great tax expertise, including advice on the taxation of offshore assets, inheritance tax, estate tax returns and the tax-efficient termination of trusts’

Clients describe Partner and Private Client Team Leader, Sue Adams as being ‘very approachable, easily understood and a pleasure to deal with’, whilst also describing her team as a ‘credit to the firm’.

In Education, Steele Raymond is described as being ‘deeply embedded in the sector’, and is recognised for having ‘a very solid and highly professional team’.

Partner, John Andrews, who heads up the team, is noted for his particular experience in the handling of appeals, including those involving decisions about pupils’ admissions, whilst the team’s particular expertise in advising clients on issues associated with individuals with special educational needs is also recognised.

Within the field of Contentious Trusts and Probates, Steele Raymond’s team were noted for their experience in the handling of disputes regarding offshore trusts and cross-border estates, with a particular focus on high-net-worth claimants and defendants as well as executors.

Partner, John Andrews, received special recognition for his work in advising on contentious matters, regarding wills constructed by or on behalf of elderly clients with insufficient mental capacity as well as disputes concerning undue influence asserted on vulnerable clients.

The Legal 500, now in its 33rd year, it widely acknowledged as the world’s largest legal referral guide. Used by commercial and private clients, corporate counsel, CEOs, Financial Directors and professional advisers – both nationally and internationally – the series is generally accepted as offering the definitive independent opinion on UK and International law firms.

The Legal 500 is an independent guide, and firms and individuals are recommended purely on merit. Rankings are determined by the Legal 500 through a combination of submissions made by solicitors demonstrating the quality and depth of their work and client base, as well as independent interviews carried out with clients.

“I’m absolutely delighted that once again Steele Raymond has received the highest possible Top Tier rankings in the Legal 500 across its core practice areas and to do this for 15 consecutive years is testament to the hard work, resilience and complete dedication of all our team to ensure the best possible outcomes for our valued clients.”

“The Legal 500 is one of the leading independent guides to the UK legal profession. And it’s a very good test for us as the rankings are based on the quality of our work, a rigorous interview process and of course, most importantly, feedback from our valued clients.”

“I’m also really pleased that the excellence of all our teams has been recognised in the guide and in particular this year the promotion in the rankings of our family team who have worked incredibly hard for our clients in what is of course a very sensitive and difficult area of the law.” 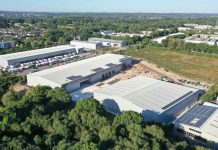