South East manufacturers are seeing far more difficult trading conditions as they enter the Autumn as a survey shows the impact of the uncertainty of Brexit dragging on.

According to the Q3 Manufacturing Outlook survey published by Make UK, The Manufacturers’ Organisation and business advisory firm BDO LLP, whilst both output and total orders have remained positive they fell dramatically compared to the second quarter. Output reduced from +42% to +6% in the last quarter while the order balance, despite being positive, has also reduced significantly.

This fits with the national picture of output continuing to decline from the first half of the year which was boosted by artificial stockpiling reaching record levels. Export orders also fell in the South East despite a cheaper pound as overseas customers move away from British goods and the global slowdown and trade wars take effect.

The more difficult picture is reflected in a number of other indicators. Intentions to recruit and invest have both turned negative showing that the region can’t escape the Brexit and trade uncertainty which is hurting other regions.

“Industry is facing a perfect storm of factors, compounded by a hard Brexit which could not be coming at a worse possible time. In normal circumstances a global slowdown on its own would be enough, but add trade wars and the biggest shock to our economy since the War and there seems little doubt that, barring a remarkable turnaround, the sector is heading for recession.”

Arbinder Chatwal, Head of Manufacturing at BDO in Southampton, said:

“Global competition, skills shortages, lack of a coherent industrial strategy from government and continuing technological disruption has made UK manufacturing a challenging sector for decades. The long shadow cast by the possibilities of a no deal Brexit and the uncertainty of recent months has only added to the difficulties for manufacturers in the South East.

“A cliff-edge decision on a deal or no-deal Brexit will mean a double whammy of continuing weaker demand for products and fundamental disruption to supply chains. The Government must strain every sinew to reach a Brexit deal that protects UK manufacturing.” 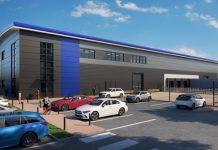 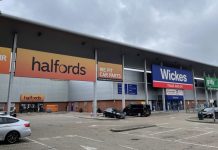