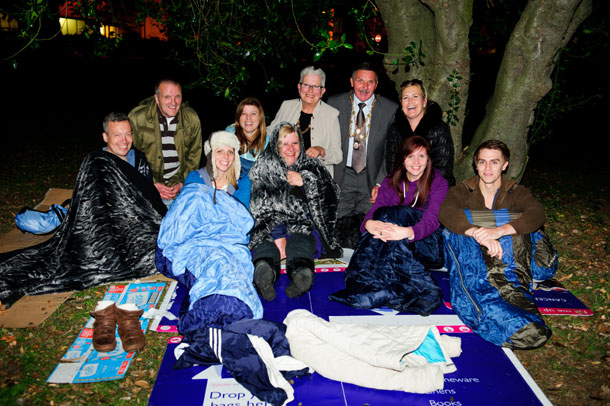 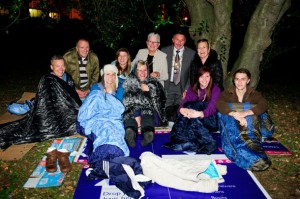 They are usually found sporting sharp suits and in important meetings with financial directors of some of the South’s biggest companies.

But on Friday (August 31) a team of five from leading Southampton financial adviser, Grant Thornton, swapped their suits for sleeping bags as they slept outside all night to raise money for local homeless charity, Two Saints.

The group left their desks and spent the day finding out what it was like to spend the day as a homeless person in Southampton.

The first port of call for Lisa Head, Dominic Tunks, Leah Ross, Victoria Christopher and Alice Moore was the Two Saints Day Centre. There, they met the charity’s staff, found out about issues facing the homeless and joined the service’s users for lunch.

Victoria said: “While it was a normal experience for us to be eating lunch, we learned how this simple meal, provided by the charity, is a vital lifeline for those living on the streets every day.”

The Grant Thornton staff then spent the night sleeping on the ground at Queen’s Park in the city and had a morale boost in the form of a visit from, The Rt Worshipful Mayor of Southampton Cllr Derek Burke.

He said: “The lengths the team went to raise money for this vital charity and experience life on the streets is truly commendable. As Two Saints is one of my chosen charities for the year I am very grateful to the team at Grant Thornton for lending its support.”

The team are hoping to raise £1,000 from their ‘Sleeping Under the Stars’ mission.

Leah added: “We first started working with Two Saints around Christmas when we went along to the centre to help for a day. We were instantly humbled by what we saw and have carried on supporting ever since with more hands-on help and donating goods. This time we really wanted to take it to the next level by experiencing the hardships homeless people face first hand.”

To add to the team’s fundraising total visit http://uk.virginmoneygiving.com/team/sleepingwiththestars. 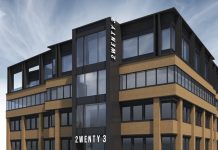