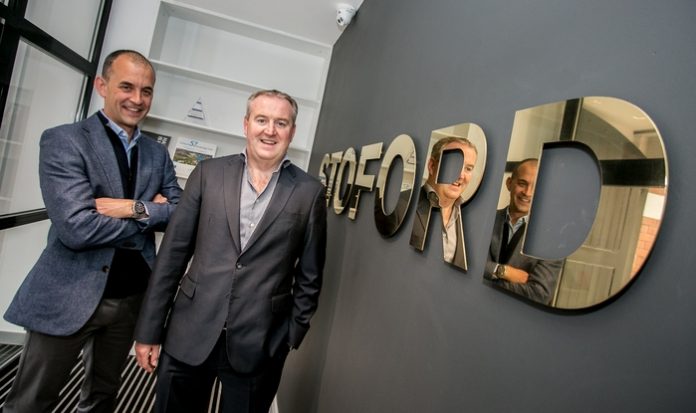 Leading commercial property developer, Stoford, has celebrated the launch of its new headquarters with an event attended by some of the region’s leading property professionals.

The award-winning developer welcomed an audience of 60 invited guests from the commercial property sector to new offices on Ludgate Hill, close to St Paul’s Square, Birmingham.

Stoford acquired the three-storey Edwardian property for an undisclosed sum earlier this year, in response to sustained growth in the delivery of projects spanning industrial and distribution warehousing sites, production plants, business parks, offices, retail schemes and hotels. The move more than doubles the size of its previous Birmingham city centre headquarters.

The company, which has completed commercial developments of more than 14 million sq ft with a value of over £1 billion, undertook a comprehensive refurbishment of the building, creating new workspaces, breakout areas and a gymnasium. The project was designed by Associated Architects and constructed by Benniman Construction.

Matt Burgin, Joint Managing Director of Stoford, said: “We’re pleased to have moved in to our new home and to have celebrated the occasion with guests from across the sector, including commercial property agents, consultants and other business colleagues. Investing in our own building is an important step for Stoford and the refurbishment works have really allowed us to make this office space our own.

“Our continued growth and the changing needs of the business meant that we needed larger premises, but we were always keen to remain in Birmingham city centre where we’ve been based for more than 15 years. We love the character of the building and the area; Ludgate Hill is ideally located as it’s close to the Jewellery Quarter and to the main city business core, making it convenient for clients to visit from around the UK.”

Stoford is involved in the delivery of a string of multi-million pound development and regeneration projects, including the 72-hectare Worcester Six Business Park, Pantheon Park in Wolverhampton and Liberty Park, Lichfield. It has also commenced work on a new £150 million logistics and global content creation studio at Icon Manchester Airport, on behalf of online beauty giant, The Hut Group. 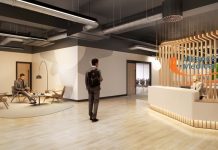