Home UK & Europe Debenhams asking for a 50% reduction in its business rates bills for...
LinkedinTwitter
FacebookGoogleWhatsappPrintMail

News that Debenhams is proposing that 30 local authorities accept a 50% cut in their business rates bill, (revealed in the Sunday press) as part of the proposed CVA which the department store’s creditors are due to vote on Thursday, illustrates how ludicrous is the current business rates regime, according to John Webber Head of Business Rates at Colliers International, the global property agency and consultancy.

“It is akin to going with a begging bowl to the person who has just robbed you – asking Local Authorities to grant business rates reductions – and these reductions if granted are only likely to last for a year and as they are discretionary relief could easily fall foul of State Aid limits.”

“What is ridiculous is that a 50% plus business rates tax is part of the reason that Debenhams is going through a CVA. So, in effect they are asking for mercy from the perpetrator of their desperate state. The Rateable Values are much too high but the Valuation Office Agency shambolic appeal system means it is practically impossible to do anything about it. Added to that the downward phasing of rates bills means even when a rateable value is reduced the bill hardly changes.”

According to Colliers, the rates bill for Debenhams current 166 stores was over £71 m in 2018/9 and this has combined with the additional problem that many of its stores have been paying considerably more in business rates than they should be due to the onerous effects of downward phasing on their rates bills, following the 2017 Rating Revaluation. Colliers analysed the rate bills of 46 of the stores most impacted by downward phasing and found out that these alone, would be paying £6.4 million in business rates than they should have been over the next three years.

Webber continued, “What Debenhams and others are doing through their behind closed doors discussions illustrates how out of step the system is – if the Government really was listening, they would remove downward transition immediately – and by doing that it would save the thousands of jobs that will disappear this year. Surely this would be more beneficial than the “on the quiet” discussions that will be going on with Debenhams backers and others.

This Government isn’t ‘fiddling while the High Street burns’- it is handing out matches!” 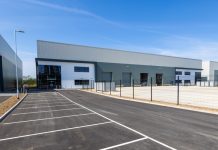