The government has announced the launch of a new Future High Streets Fund to invest £675m to support local areas and fund plans to make their high streets and town centres fit for the future.

“The Future High Streets Fund is a good idea.

“Some local councils have already been working hard to protect and invest in their town centres, including North Somerset Council which recently purchased the Sovereign Shopping Centre in the centre of Weston-super-Mare. However it has always been more difficult to protect the High Street, where there is a disparate ownership often with adjacent properties being owned by a mix of landlords, including the large pension funds, foreign investors, development companies and local individuals. Some of these investors are seeking to maximise their short-term rental income whereas others may be more interested in their long-term asset value.

“Whilst £55 million has been specifically targeted to restore historic high streets, in the South West the towns with extensive conservation areas and listed buildings have tended to outperform the other centres with rents increasing in Marlborough, Cirencester, Sherborne, Dorchester, Cheltenham and Wells.

“However there is the opportunity for the more major cities in the South West to promote their historic quarters and for funding to make a substantial difference to the smaller towns, such as Clevedon where most of the local traders will also benefit from the rates reduction. There are still a large number of vacant upper parts, above shops, which could be converted back to residential use.

“The investment in physical infrastructure is vital for the High Street to compete against the ease of internet shopping and out-of-town retail parks, to provide an attractive easily accessible environment, able to accommodate an ageing population.

“It will be interesting to see how the funding will be targeted.” 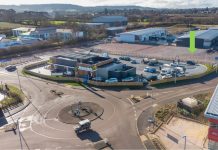 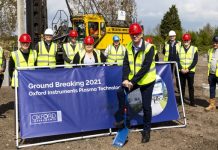