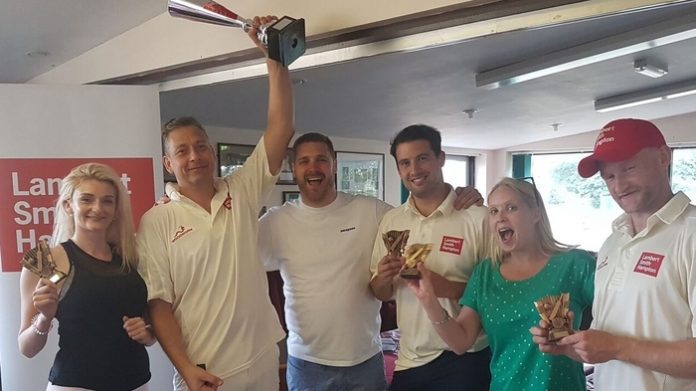 Six teams pitched their skills at the one-day competition which took place at Old Bristolian’s cricket ground in Failand on the outskirts of Bristol and where LSH also scooped the title.

Pictured from left to right are some of the members of the triumphant LSH team, Roseanne Falconer, Mark Walters, Peter Musgrove, Tom Dickson, Danielle Kirk and Rob Belbin.

The tournament is set to return this time next year as an annual feature of the south west’s inter-business events calendar which says Peter Musgrove, Head of LSH Bristol, is great for networking and team building.

He added: “To indulge in some cricketing puns, we were bowled over by the positive response to the event which created a level playing field for some healthy corporate competition and team work outside of the traditional office environment.

“It was a thoroughly enjoyable event and we hope it proves to be the first year of many for the tournament.”