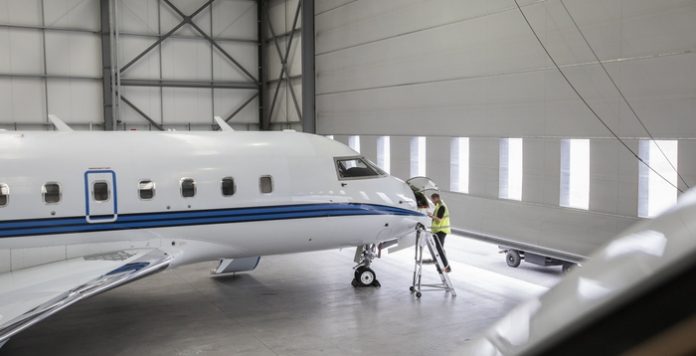 Gama Aviation is relocating its UK King Air and private jet maintenance capability to Bournemouth Airport, taking the total employment figure on the site to more than 2,000.

In a major landmark announcement Regional & City Airports (RCA) has unveiled a deal that will create further employment at Bournemouth Airport following Gama Aviation’s decision to relocate its UK King Air and private jet maintenance capability to the expanding facility.

The news, which comes just seven months after the airports management division of Rigby Group plc acquired Bournemouth Airport with a promise to drive growth across its operations, will see Gama Aviation move its Oxford and Farnborough teams to Hangar 12, taking the total employment figure on the site to more than 2,000.

The company will complete the transfer of its primary turboprop and jet maintenance facilities into the flagship 135,000 sq ft secure facility during the second half of 2018.

RCA Chief Executive Andrew Bell said: “In Bournemouth Airport, we acquired what was already one of the South’s flagship aviation hubs, but have always been clear in our intentions to expand its operations and build on that success.

“The arrival of Gama Aviation – a truly significant player in the aviation sector – is evidence that our growth plans are bearing fruit less than a year into ownership.”

Its decision to relocate its high performing UK turbo-prop and business jet maintenance business to Bournemouth underlines the airport’s credentials as a major maintenance, repair, and overhaul (MRO) location in the UK.

RCA now plans to continue to grow both commercial and passenger activity at the airport, leveraging the group’s scale, contacts, and expertise in regional aviation to power continued progression.

Steve Rigby, Chief Operating Officer at the Rigby Group, added: “Bournemouth Airport is ripe for growth – and the site’s potential as a regional business hub also represents a clear opportunity for expansion.

“Gama Aviation’s new location at Bournemouth Airport is the first key delivery on our promise to drive forward the growth of the airport, creating a major new facility for business aviation as a core component of the strategic development of the airport.”

Announcing the deal, Scott McVicar, Managing Director, Gama Aviation Europe Ground, said: “We are delighted to have moved to Bournemouth.

“Working with a business aviation friendly landlord in the Rigby Group and holding a 25-year lease on a fantastic MRO facility provides us with the conditions needed to continue our strong growth of recent years.

“As a tenant with global reach we want to help develop Bournemouth as the UK centre of excellence for King Air and business jet maintenance, which we believe will have a direct benefit to the local community and economy over time.”

Rigby Real Estate, Rigby Group’s Commercial Real Estate division, took over the running of Bournemouth Aviation Business Park, which is home to more than 200 businesses on a 80 hectares (200 acres) site adjacent to Bournemouth Airport, as part of RCA’s acquisition in December 2017.

Jim Stewart, Chair of Dorset Local Enterprise Partnership, said: “We are delighted that Gama Aviation will be relocating to Dorset. Aviation Business Park is one of the region’s key employment sites and of significant strategic importance to the local economy.

“It has and will continue to benefit from the Bournemouth Growth (BIG) Programme’s £45.2 million infrastructure investment. Funding was secured by Dorset LEP and is being used to boost employment and development around Bournemouth Airport and Wessex Fields. We look forward to welcoming Gama Aviation to Dorset.”