Investment into commercial property in Cardiff is on track to reach record levels in 2017 with the total set to surpass £400 million according to international real estate advisor Savills. In 2016, investment into the city totalled £298 million.

The firm notes that investment volumes have been heavily skewed this year by the activity at Central Square which amounted to a combined £224.7 million. In total, investment into the Cardiff office sector is set to surpass £350 million by the end of the year; a record level. Prime yields for Cardiff office investments have fallen 75 basis points from the beginning of the year to 5.50% as strong investor interest has resulted in downward pressure.

The second largest sector in terms of investment levels in 2017 has been the leisure sector with investment reaching £43 million. This sector was dominated by the £20.5 million acquisition of Stadium Plaza by Naissance Capital Real Estate and the £22.1 million purchase of the Clayton hotel by M&G Real Estate.

Ross Griffin, director of investment at Savills Cardiff, comments: “Cardiff remains a popular investment destination, particularly for those looking to place their money into the regional office market. The development at Central Square has significantly boosted the volumes for this year, providing an attractive opportunity. Looking ahead to 2018 we expect to see continued activity from institutions on both the buy and sell side as they look for long term income. Overseas capital will also be active, particularly for prime assets at attractive yields.” 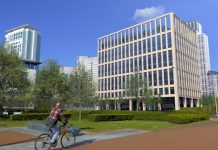 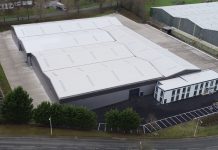 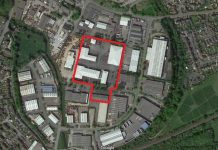