News that the VOA (Valuation Office Agency) plans to reduce the number of locations in which it has offices from 52 to 26 will be a nightmare for businesses that want to repeal their business rates liability says Colliers International, the global property consultancy business.

Looking at the list of planned office closures it appears that by 2023, the VOA will only really be in the main UK cities, with a London presence solely in Canary Wharf. Offices in smaller, regional centres will the be closed leaving just 4 in Scotland and 2 in Wales.

“This is a shambles,” says John Webber, Head of Business Rating at Colliers International. “It’s inconceivable that a time when the VOA has over 200,000 outstanding appeals still in the system and has introduced a new “Check, Challenge, Appeal (CCA) System which businesses find impossible to navigate, that the Government has decided to reduce, rather than boost the number of offices and professionals that can sort out the issues.”

The new appeal system has been pretty unanimously branded a disaster by professional firms and users alike. According to a recent FOI Request made by Colliers to the VOA, nearly 90% of the 847 respondents that were trying to use the new system said they were dissatisfied or very dissatisfied with it, calling for greater clarity, speed and guidance. Many have found it impossible to navigate.

“So now not only is the appeal system making it more cumbersome if not impossible for businesses to appeal their rate bills, but there are fewer places and people to help.” continued Webber. “It’s like closing a hospital because there are too many sick people to deal with, in the hope that they’ll just go away. It doesn’t solve the issue, just tries to sweep it under the carpet.”

Colliers has been a supporter of the VOA and has recommended that the Government invests more in its people and systems so that the backlog of appeals can be dealt with and a proper fit for purpose organisation is created for the future.

Webber continued, “Many businesses have been hammered in the recent business rates revaluation, with some big rate rises and with the uncertainty caused by Brexit, additional costs of the NLW and apprenticeship schemes and interest rate rises, it is a difficult time for many. Both the CBI and FSB called on the Chancellor to freeze business rates given current hardships and sort out reliefs, many of which have been promised but not yet given. Last Wednesday’s Budget did little to ease the pain. Despite linking rate rises to CPI rather than RPI, businesses will still see a 0.75 billion rate rise in April 2018. We join the demand that the Government helps support business rather than hindering it.”

Webber concluded, “Cutting the VOA so dramatically is not only bad news for the VOA where it will hit morale as it haemorrhages staff and jobs, but also for businesses who more than ever need to be able to appeal their rate bills in a simple, efficient and fair way.”

The Treasury currently receives a net income of around £26 million from the business rates system. 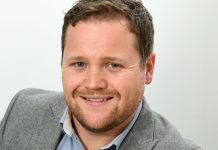