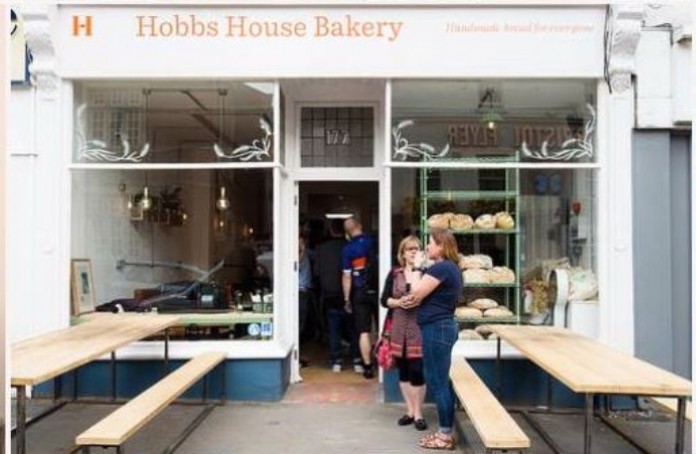 Hobbs House Bakery, who can trace their origin back to the 1920s and still use traditional methods for their baking, are returning to Bristol after a 20 year break, bringing back their famous sourdough bread and delicious cakes to the city following the acquisition of two new bakery cafes, advised by Hartnell Taylor Cook LLP.

The first store at 172 Gloucester Road opened in August and is proving to be popular attracting a large and regular clientele. Work is also on-going in the fit out of the second store, which is due to open later this month on a prominent corner at 217 North Street, Southville. Both locations are famous for their independent spirit and varied retail offers. Hobbs will be a great addition.

Hobbs House Bakeries have their own bakery in Chipping Sodbury bakery, along with four stores across the market towns of the Cotswolds but the family has always wanted to return to Bristol, where, in the 1960s, they had over 20 stores.

Henry Herbert of Hobbs House Bakeries said: “To return to the centre of Bristol with two new stores both opening within a month of each other is like a dream come true. Our family have always had close links to the city and at one stage most of the population could easily access at least one of our bakeries and enjoy the products we provide. We now have two stores and hope the new generation of Bristol will enjoy and embrace our traditional bakery and our good tasty food in modern contemporary surroundings.”

James Woodard, retail director of acquiring agents, Hartnell Taylor Cook LLP said: “We were delighted to assist Hobbs in securing new sites, on the city’s two best independent retail streets, where we know they will be well received.  It is always enjoyable to work with quality local businesses, but as Hobbs in particular have such a strong heritage that it was a real pleasure to assist in bringing them back to where it all started.”