Business Confidence levels in Scotland are among the lowest in the UK, and have dropped into negative territory for the first time in 12 months, according to the latest ICAEW/Grant Thornton UK Business Confidence Monitor (BCM). Scottish businesses recorded a confidence score of -7.0 for Q2 (close to the Q2 2015 score of -7.4). The latest result is down dramatically from last quarter’s score of +10.4.

Decline in demand may play a part

The current decline in confidence among Scottish businesses may be the result of a more general weakness in domestic demand. During 2015 the trend in Scotland was for domestic sales growth to slow, and Q2 2016 is seeing that growth remaining subdued at 2.0% year on year. Furthermore, companies expect this low level of expansion to continue in the year ahead, with expectations of a rise of only 1.7% in domestic sales in the coming 12 months.

This weak demand growth is feeding through to employment, with a small contraction of -0.3% in the 12 months to Q2 2016 and expectations of a further 0.4% fall in the year ahead.

On the positive side, this means that the proportion of firms reporting skill shortages and staff turnover as more of a concern than a year ago has not increased. They nevertheless remain key issues, which implies that investment in staff development is likely to be important for Scottish businesses. Intentions for this are, encouragingly, showing no signs of falling.

Grant Thornton UK’s Managing Partner in Scotland, Kevin Engel, commented: “It’s troubling to see such a dip in confidence levels, but also understandable, given the level of political and economic uncertainty facing the nation. Our findings follow a prolonged downturn in Aberdeen’s oil and gas market, which has far reaching consequences throughout the wider Scottish economy.

“The positive news is that the energy sector looks to be slowly turning the corner with potential recovery in sight. In the meantime, what is urgently needed is collaborative action from politicians and business leaders to tackle other serious issues, including halting the decline in exports and creating world class physical and digital infrastructure.”

ICAEW Scotland President, Andrew Hewett, said: “After seeing confidence stabilise last quarter, it is disappointing to see it return to negative levels this time around. There are, however, many factors that may have led to this – from the on-going impact of the problems within the oil and gas sector, to the uncertainty that is often seen around an election. With the recent Holyrood elections and the upcoming EU referendum dominating the headlines, both may easily have contributed to the result. Add to this the fact that the UK as a whole has seen a decline in confidence in the financial sector, which of course is a major employer in many Scottish cities, and it’s easy to understand the pragmatism among those surveyed.” 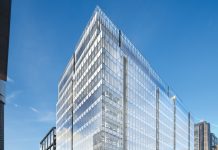 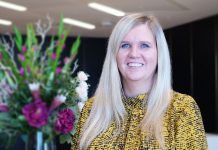 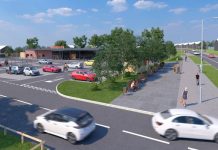