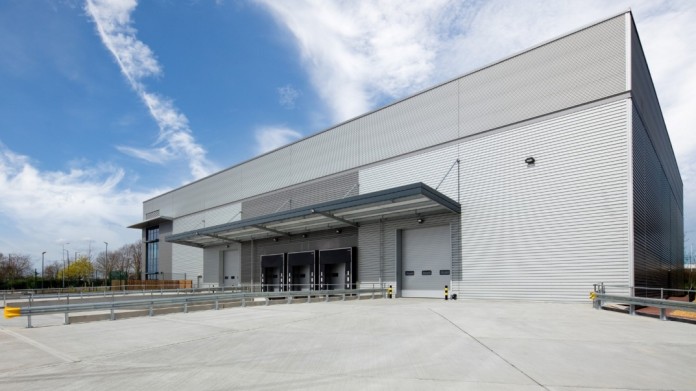 SEGRO plc (‘SEGRO’) and Aviva Investors, through their Airport Property Partnership (‘APP’) joint venture, have launched a speculative industrial development at Heathrow Airport named ‘The Portal’. The 37,000 sq. ft. development, which reached practical completion earlier this month, comprises of warehouse and office space and is situated in a prime, secure on-airport positon.

Located on Heathrow Airport and within two minutes of the cargo terminal, The Portal offers unrivalled international connectivity as well as easy access to the national motorway network from the M4 and M25, both under ten minutes from the development.

“The Portal is a development in a prime on-airport location at Heathrow. The connectivity to the airport, as well as to London and to the UK’s motorway network, make the location the ideal place for business. Based on feedback from our customers and our expertise in the Heathrow market, we are confident that the new units are what companies are looking for but cannot find in today’s market”.

The new development,  available through DTRE, Doherty Baines and Savills, offers large, secure yard areas as well as 34 car parking spaces and three loading docks, and has a BREEAM ‘Excellent’ and EPC rating A. Other occupiers surrounding The Portal development include international brands such as DB Schenker and Rolls-Royce.

To mark the launch of the development, agents attended a launch event which included a tour of both The Portal and the neighbouring ‘Skyline’ development, which is directly adjacent to The Portal.

Skyline is a speculative development within APP which was launched in October 2015. Located close to Heathrow Airport and its cargo terminal, Skyline offers two Grade A warehouse units of 73,530 sq ft and 80,440 sq. ft. available from August 2017.

SEGRO owns or manages 6.2 million sq ft of warehouse assets around London’s airports, including Heathrow, in some of the most sought-after airside and off-airport locations.