New research carried out by property consultancy JLL into the ‘Big 6’ regional office markets shows that 2015 was a record year for investment into Bristol city centre as overseas investors continue to look for opportunities outside of London.

JLL’s annual ‘Big 6’ report shows that investment into Birmingham, Bristol, Edinburgh, Glasgow, Leeds and Manchester hit a record high of £2.76 billion in 2015, up 17 per cent over the same period in the previous year.

Jeremy Richards, head of JLL’s Bristol office, said: “Strong economic conditions and the considerable investment being made into Bristol’s infrastructure has led to the city being put firmly on the radar for overseas money. Bristol experienced an exceptionally strong year, with £428 million traded – the highest volume we’ve ever recorded for the city – with the largest deal being the sale of One Glass Wharf to Mapletree, a Singaporean Real Estate Investment Trust, for £105 million.

“Alongside Manchester, Bristol is forecast to have the highest employment growth of all the ‘Big 6’ regional cities in 2016, so we expect investor demand to remain high over the next 12 months.”

Finding the right skills and talent is a key factor influencing companies’ location decisions, in fact, 73 per cent of CEOs cite the shortage of skills as a serious concern.

Jeremy continues: “Increased competition for staff is a key driver for decision making and we expect companies to carry out a more detailed forensic analysis of talent and location clusters when looking at where to move their operations to.

“As the war for talent intensifies, affordability, particularly in London, will continue to present organisations in the Capital with challenges. As a lower cost alternative, the Big 6 is in a good place to benefit. Places like Bristol, which are developing globally significant clusters, such as our expanding digital technology sector, are particularly well placed.”

2015 was also a stellar year for regional occupier markets with take-up of office space across the Big 6 markets reaching 5 million, which is the highest total since 2007.

Manchester performed particularly well with a take-up of more than 1.3 million sq ft over 2015, compared with Bristol which achieved take-up of 491,000 sq ft.

Jeremy said: “Bristol’s city centre office market had a disappointing end to 2015 which meant the annual take-up fell just below the five year annual average. The market was dominated by deals below 10,000 sq ft and, while it saw only 20 fewer deals than 2014, the volume of take-up was down 41 per cent year-on-year.

“This is partly down to a lack of new Grade A space in the city centre which continues to be a real pinch point with Bristol experiencing the lowest Grade A vacancy rate of 1.5 per cent, alongside Leeds, of all the ‘Big 6’.

“Unlike many of the other ‘Big 6’ cities, Bristol has not yet managed to attract a major landmark occupier in 2015 but the delivery of several high quality new build city centre schemes and significant infrastructure improvements could well change all of that in 2016.”

Permitted Development Rights (PDR) does however continue to put pressure on the availability of office space which could make it harder for occupiers to find the right location in the city. The concern is that a rise in residential values could outstrip office values, meaning that more offices are taken out of the market for conversion into homes.

Jeremy added: “PDR, which requires no planning consent, could tempt developers to take a less risky option to develop residential flats rather than offices which could see some of our strategic commercial buildings in Bristol come under threat.”

JLL’s Bristol investment team transacted more than £500m worth of deals in 2015 across all market sectors and across the South West, from Penzance to Tewkesbury to Southampton.

Ollie Paine, director of capital markets, said: “Investor interest in the city and wider region looks set to continue. 2016 has started extremely well with £100m of acquisitions already completed together with the sale of Osborne Clark’s headquarters at Temple Quay.” 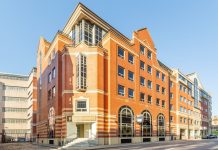