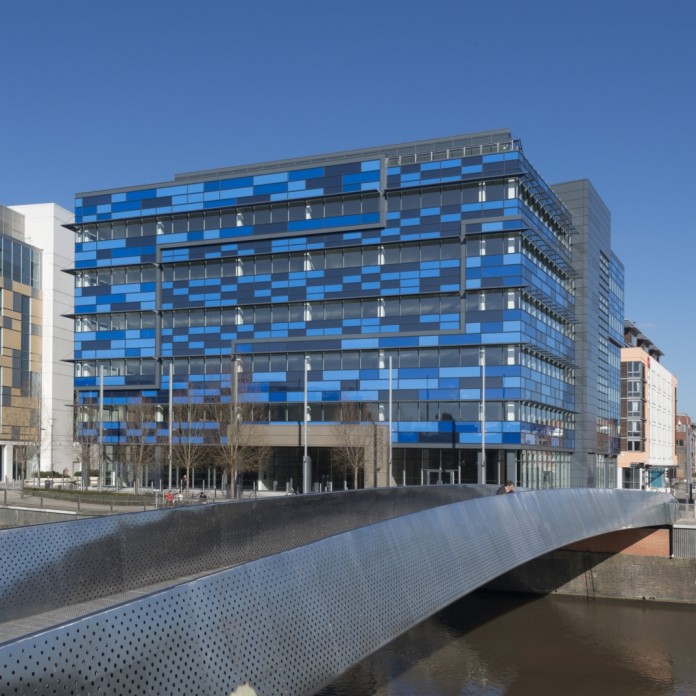 Salmon Harvester has appointed JLL Bristol alongside Alder King on its new £40 million office building at Temple Quay, the city’s prime office district in the heart of the Temple Quarter Enterprise Zone.

Rorie Henderson, director at developer Salmon Harvester Properties, said: ‘It has been a busy six months at 2 Glass Wharf with PwC occupying their new South West HQ in August, and leading global property design and consultancy firm Arcadis signing for a floor of the building in December.

“Having let 50 per cent of the office space we are really pushing for more deals in 2016 and have introduced JLL as joint leasing agent with Alder King.  Our aim is to invest further in Bristol in the near future with new buildings on the plots we own next door.”

Ian Wills, director at JLL in Bristol, said: “We are delighted to be appointed alongside Alder King on such a prestigious building, the newest and best office space in the city.  The remaining floors could provide a home for companies with 50 to 500 staff, who are looking at being close to the station and in the mix with a large selection of blue chip companies and a whole host of public sector bodies. They also have the opportunity to benefit from the financial incentives associated with being in the Enterprise Zone.”

Ian Wills added: “The Temple Quarter area is undergoing some big changes with major investment planned in a new arena, new homes, the reconfiguration of Temple Meads station and the wider infrastructure network with fast, electric trains to and from London in the pipeline. It really is exciting times for the area and the city of Bristol with these changes set to only add to its appeal.”