In this case, the Supreme Court has confirmed the long-established common law rule that rent paid in advance for any period after a lease has been determined pursuant to the exercise of an entitlement to determine is not recoverable under the Apportionment Act 1870.

In the context of the case Marks and Spencer Plc was not entitled to recover that part of the Basic Rent, Car Park Licence Fee and Insurance Rent that it had paid in advance relating to the period after the company’s lease had expired. The leases concerned did not contain an express provision requiring the landlord to repay the ‘overpaid’ rent and the Supreme Court was not prepared to imply a term to that effect into the leases.

Advice to tenants following the decision

The practical consequence of the decision is to make it imperative for provision for the tenant to be repaid any payment the tenant has made in advance which covers any period after :-

1)     the landlord or tenant exercises a break clause which does not have the effect of terminating the lease on a quarter day (particularly bearing in mind that, invariably, a tenant will only be entitled to exercise a break clause if it has paid rent up to date) ; or

2)     where the lease is determined by either party because the landlord is unable to reinstate the demised premises after damage or destruction by an insured risk.

In Marks and Spencer Lord Neuberger (the President of the Supreme Court) also conducted a detailed examination of the law applicable to the implication of a term into a contract. The company’s argument being that there should have been implied into the lease a term to the effect that the ‘overpaid’ rent should be repaid to the tenant.

Lord Neuberger (with whom Lord Sumption and Lord Hodge agreed) stated that the basic test for implication of a term into a contract was that the term  :-

2)     that the inclusion of the term by implication was ‘so obvious that it goes without saying’; as MacKinnon L.J.. in Shirlaw v Southern Foundries Limited 3  memorably put it

“if, while the parties were making their bargain, an officious bystander were to suggest some express provision for it in their agreement, they would testily suppress him with a common ‘Oh, of course!’”.

Lord Neuberger the went on to add six further observations on the application of those two tests (as they had been developed by subsequent decisions) :-

1)     One is not concerned with the hypothetical answer of the actual parties, but with that of notional reasonable people at the time that they were contracting;

2)     A term should not be implied into a detailed commercial contract because it appears fair or merely because one considers that the parties would have agreed it if it had been suggested to them ;

3)     It is questionable whether a requirement that the term to be implied must be fair and reasonable will, if ever, actually add anything as that is likely to be satisfied by the other parts of the tests ;

4)     The Business Efficacy and Officious Bystander tests can be alternatives and both do not necessarily have to be satisfied for a term to be implied. In practice it would be a rare case where only one of those two requirements would be satisfied

5)     If the Officious Bystander test is adapted, it is quite vital that the question that be posed be formulated with the utmost care ;

6)     A term can only be implied if, without the term, the contract would lack commercial or practical coherence.

“[t]here is only one question: is that what the instrument, read as a whole against the relevant background, would reasonably be understood to mean?”

1)     The ‘reasonable reader’ is treated as reading the contract at the time it was made ; and

2)     It still remained the case that the term to be implied must be so obvious as to go without saying or to be necessary for business efficacy. Otherwise Lord Hoffman’s formulation may be interpreted as suggesting that as long as it would be reasonable to do so, the term should be implied;

In Lord Neuberger’s view Lord Hoffman’s analysis in Belize Telecom could not obscure the fact that construing words used and implying additional words are different processes governed by different rules. In broad terms until one has  decided what the parties have expressly agreed, it is difficult to see how one could set about deciding whether a term should be implied and, if so, what term.

Although Lord Carnwarth and Lord Clarke attempted to defend Lord Hoffman’s explanation of the law in Belize Telecom Lord Neuberger’s judgement represented the majority view of the Supreme Court and appears to have supplanted a judicial view that reasonableness by itself is a sufficient ground for implying a term into a contract. It would therefore appear that the opinion of the ‘man on the Clapham Omnibus’ 5 (although traditionally used in a different context) will not prevail over that of the Officious Bystander. 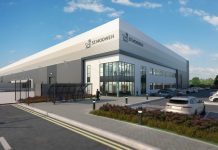 Cushman & Wakefield Head of Leisure & Restaurants comments on the Budget