There will be a distinct slowdown in the surge of office-to-residential developments in Bristol during 2016, according to commercial property specialists Colliers International.

The city has seen the highest number of ageing office blocks converted into residential dwellings outside Greater London and the South East during 2015 under Permitted Development Rights legislation, but Colliers’ director James Preece predicts a shift in the market driven by demand for office space.

“Office stock levels in Bristol are now so low because of increased take-up and residential conversions that purpose-built office premises in the city centre have become are too valuable as commercial buildings in their own right,” he said.

“We are already seeing buildings that had been expected to go to residential now being reconsidered for refurbishment for continued office use. One 185,000 sq ft building that was expected to be converted to resi is now believed to be remaining as offices.”

He added: “The office premises that will be attracting the attention of residential developers in 2016 will be those in the more peripheral locations.

“The attraction of purpose-built office blocks in the city centre has declined because their values have increased, which has reduced profit margins on converting to residential.

James Preece went on to comment that the shortage of office stock in Bristol looked set to lead to the return of speculative office development in the city.

“There have been no speculative office developments in Bristol in 2015, and there were just two in 2014: 65 Queen Square, and 2 Glass Wharf,” he said.

“However, there are a number of speculative Grade A office developments that look likely to happen in Bristol in 2016.

“Potential speculative schemes include CEG’s Aspire, and Cubex/Palmer’s development Aurora, a 95,000 sq ft building with planning permission at the Finzels Reach development, which it is widely anticipated will get underway after occupancy is confirmed for the Bridgewater House office building.

In conclusion:  “Any speculative development of new Grade A offices is likely to be controlled and this will assist in continuing rental growth. Prime office rents are likely to reach £30 per sq ft in Bristol in 2016 for Grade A offices,” stated Preece. 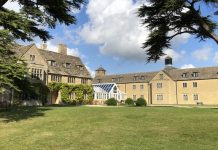 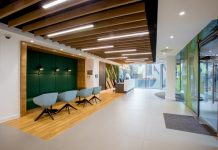 New look for One Castlepark office in Bristol