Total industrial take-up in the first half of the year was 16.7m sq ft, with occupiers taking more Grade A space than secondary for only the second time on record, according to research published by DTZ.

The half-yearly total take-up figure of 16.7m sq ft was 954,000 sq ft above the long-term average. Retail continued to be the most active occupier sector taking just under 5m sq ft, or 36% of the total. This was dominated by non-food retailers. Take-up from manufacturing companies was resilient at just under 4m sq ft, or 28%, despite faltering positive sentiment.

Generally low availability is pushing headline rents up across the country and DTZ forecasts another 2.3% rise on average per year over the next five years, compared to 1.56% since 2010.

Ben Clarke, Head of UK Research, said: “A really strong first quarter of 2015 saw 11.4m sq ft of take-up recorded, which was more than double the 5.3m sq ft in the three months that followed. That Q2 figure was the lowest quarterly take-up since the opening months of 2009 but we expect take-up to bounce back over the rest of the year given the number of outstanding requirements yet to be satisfied.”

On the supply side, speculative development continued to increase through the first half of the year with 3.6m sq ft added as a result. This is up 88% on the 1.9m sq ft recorded in H2 2014, and more than 400% above the 701,000 sq ft in H1 2014. The vast majority of this new space is for storage and distribution purposes, and is close to the main north/south trunk roads of the M1 and M6 and around the M25. There is currently 4.4m sq ft of speculative development under construction.

Simon Lloyd, Head of Industrial Agency at DTZ, said: “Nearly all the speculative schemes under construction are within the confines of the M1/M6/M25 corridors. This allows companies fast and easy access to most of the country, including ports and airports, as well as the main customer centres, such as London and Manchester. There are a small number of speculative schemes underway in other major centres, most notably two buildings under construction at Chandlers Ford, Hampshire.

“A further 2.4m sq ft of speculative development is proposed which includes four buildings totalling 422,000 sq ft near Bristol. This would add much-needed availability to a space-constrained region, and is the first sign of large scale development plans outside of the M1/M6/M25 corridors. But even with a number of schemes in the pipeline, upward pressure on rents continues.” 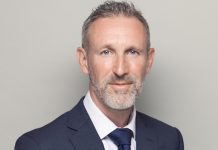