In Glasgow, take-up fell below the five year average in Q2 with only 92,000 sq ft of office space transacted. However, occupier sentiment remains strong and a number of significant requirements in the market, including Morgan Stanley, Atkins and Jacobs Engineering, is expected to dramatically increase take-up figures for the second half of the year. Prime rents in the city remained unchanged in Q2 at £29.50 per sq ft but landlords are now quoting £31 per sq ft on prime grade A space which means Glasgow breaks the £30 barrier for the first time by the year-end.

Paul Broad, Director, Office agency at DTZ in Glasgow comments: “With occupier demand strengthening and the paucity of availability of large floor plates looming in the city centre, this is creating a ‘perfect storm’ for landlords and occupiers alike, who are able to look at existing buildings for refurbishment, or where residual leases are in place and an early exit can be agreed.

He continued: “Occupiers and landlords have the opportunity to work together to deliver substantial refurbishment projects and returns. The situation will be compounded when Glasgow’s current grade A availability lets up within the next 3 to 6 months and all eyes are on who will be the first developer to start the next wave of grade A speculative development.”
Alex Dunn, Senior UK Analyst at DTZ, said: “The surge in pre-letting activity has been enabled by an enlarged development pipeline following years of developer inactivity. Eight million sq ft of speculative space is due to be completed by 2019 – an enormous 138% increase in development compared to the last four years. Nonetheless, it is still 15% below the average pre-Crisis rate of delivery, which suggests developers are still acting relatively cautiously.” 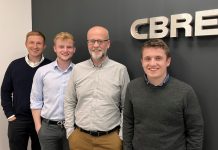 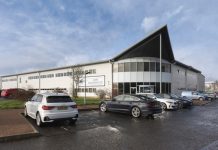 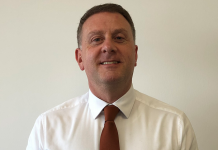