In Edinburgh, take-up volumes were above the five year average for the third consecutive quarter. The overall volume in Q2 was 148,000 sq ft with grade A deals representing over half. The low level of development, high volume of take-up and office to residential and hotel conversions has reduced availability considerably and there is just over six months’ supply of grade A space left in the city centre at prevailing take-up rates.

Mark Jones, Director, Office agency at DTZ in Edinburgh: “Occupiers experienced a long period of oversupply, which DTZ predicted would then evaporate quickly about a year ago. With no new office buildings reaching completion, combined with increasing demand driven by lease expiries, the market is under-supplied, particularly for city centre grade A space.

He added: “After a rent stagnation lasting nearly a decade, landlords are now able to secure higher rents with smaller incentives. Occupiers are facing a period ahead of not only higher office costs but also frustration at the lack of options when implementing an estates strategy. Construction starts are needed to prevent a sizable jump in rents and to meet the business needs in Scotland’s capital city.” 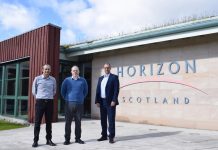 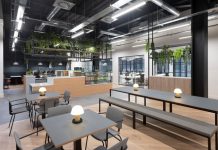