The Government should switch the annual hike in Commercial property business rates from RPI (Retail Price Index) to the lower (CPI) Consumer Prices Index).  This will see rates bills only rise by 5.2% not 5.6% in April says Marcus Andrews FRICS who deals with Rating Appeals at Goadsby in Bournemouth.

Each year the Government uses the annual rise based on the September RPI to increase rates bill.  In September 2011, RPI “spiked” with largest monthly rise seen in 2011.  In December it was only 4.8%.

Back in March 2009, the Government when faced with a similar large rise brought in some “capping” measures, just one day before the rise –  but it was too late for most councils who had to re-issue bills over the several months.

Indeed, the Government is forcing through a change to CPI for Public Service Pensions, as RPI pension rises are unacceptable to them, says Marcus.

“Indeed the law allows the Government to change the basis of the annual rise.  If it wanted to help the business community, they could order a 0% rise or even a reduction”  says Marcus Andrews. 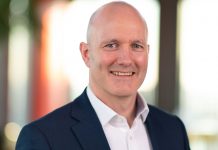