Salmon is to take advantage of the space starved industrial sector and has announced plans to speculatively develop more than £50 million of accommodation on three sites across the UK.

The plans include 190,000 sq ft of industrial and warehousing units at Ashford, Kent, and at Sawston on the outskirts of Cambridge, to add to the 81,000 sq ft distribution facility in the London Borough of Sutton already under construction.

Salmon is building a first phase of 55,000 sq ft of industrial and warehousing units ranging from 3,000 sq ft to 12,000 sq ft at Orbital Park in Ashford, Kent. Known as Axiom, the development is just 11 miles from the Channel Tunnel terminal and 22 miles from Dover. Planning permission has been granted and a contractor will commence work this Summer. Available to let or for sale, the units will be completed by Spring 2016 and Salmon is self-funding the project. Other adjacent land is available for further phases or for design and build or for sale to owner occupiers. Completed value of all of the development will exceed £10M.

In Sawston, south Cambridge, Salmon is progressing a 135,000 sq ft industrial and warehousing phased development, which will, on completion, comprise 27 units ranging from 1,500 sq ft to 20,000 sq ft. Units can also be combined to suit larger requirements. Planning permission has been granted. Forward-funding is being sought from an institutional investor and the project end value is estimated at £20 million. Work on the first phase is expected to commence in the Autumn with completion scheduled for Summer 2016.

Salmon has already completed a funding agreement with LaSalle Investment Management to speculatively develop in partnership an 81,000 sq ft distribution facility on a 3.9 acre site at Kimpton Industrial Park in Sutton. As part of the scheme, Salmon is building for London Borough of Sutton a second unit of 16,000 sq ft which the Council also intends to let. Construction is underway and work will be completed in December this year. Completed value of the whole development will be approximately £20M.

Salmon director, Pat Mahoney, commented: “In certain key markets there is virtually no new industrial or warehousing space available or under construction and we look forward to bringing a top specification product to the market in several locations to take advantage of the highly favourable letting conditions.”

Strutt & Parker and Altus Edwin Hill have been appointed as letting agents on Ashford, Savills and Carter Jonas on Sawston and JLL and Stiles Harold Williams on Sutton. 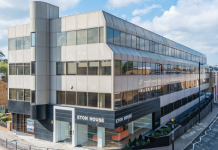 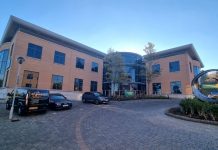