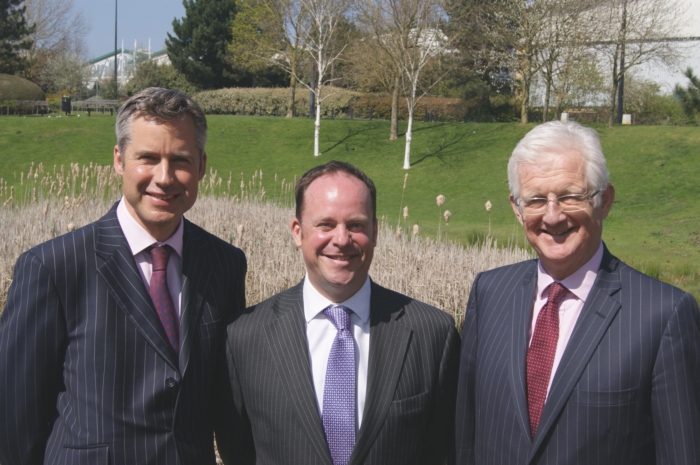 David Penn, who has been in practice in the city for 17 years, has been appointed as a partner at the company based at the Cobalt Business Centre and joins from Shortland Penn + Moore.

Penn is the only person to have twice won the Property Professional of the Year in the First Pro Awards and is a director of the Coventry and Warwickshire Chamber of Commerce.

He joins Tom Bromwich and Richard Hardy as partners in the business which has grown rapidly since being established in 2008.

Penn said: “I felt I was ready for a new challenge and am very pleased to join Bromwich Hardy at an exciting time for the business. The company has grown impressively and has a very good reputation in the property industry as well as across this region.

“I know Tom and Richard very well, I know the way they work and how ambitious they are for the business. I am delighted that they feel that I can add to the team and can help drive forward those plans.

“Coventry and Warwickshire is going through significant growth in terms of invest and development and while that brings challenges, it also brings opportunities which I believe can really benefit Bromwich Hardy.”

Bromwich Hardy completed more than £50 million of deals last year, and acts for clients across the UK. It was named Coventry Agent of the Year, in 2014 and is listed as one of the top five independent agents in the area.

Tom Bromwich said: “We feel we are in a very good position to take advantage of the improving property market as well as the industrial and commercial scene in this region, and David can help us achieve that goal.

“He has great experience, knows the market extremely well and has a very extensive network of contacts across the region. He is a very exciting addition to the team.”