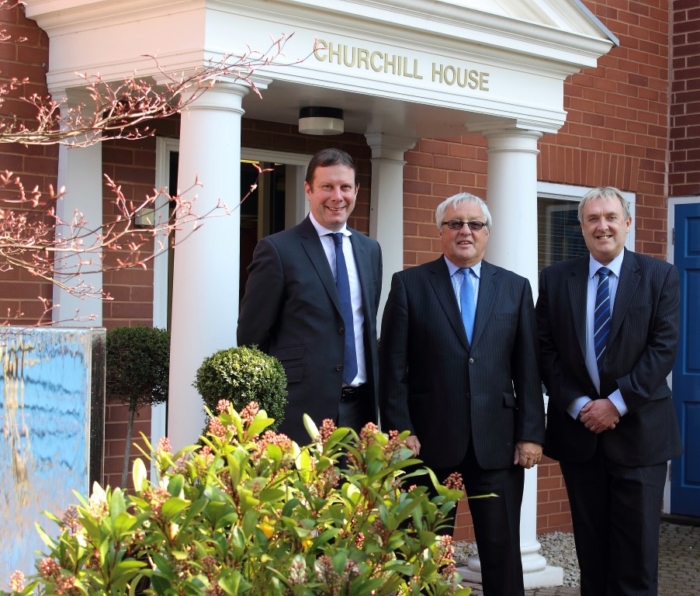 One of the largest independent accountancy firms in the Midlands has expanded – by taking over its neighbour.

Baldwins Accountants has bought out Cox Jerome in a deal which will see it grow its team in Walsall to 35 staff.

The acquisition will also see Baldwins, which has 13 offices stretching from Nottingham to Wales, move from its headquarters in Lichfield Street in Walsall to the larger Cox Jerome offices just a few doors away.

John Baldwin, who joined his father’s firm 44 years ago, said the move would serve both firms well and bring mutual benefits.

“This is a common sense move,” he said. “We have been looking to grow our presence in Walsall and our strength, size and expertise will add a great deal to existing clients of Cox Jerome.

“It also means that we can look to further grow our client base in the area and the move of premises will allow us to expand our team still further.

“The two companies have obviously been aware of each other over many years, and we see this as a natural progression for Baldwins.”

Philip Abraham, senior partner at Cox Jerome, said being part of Baldwins would give clients access to increased services.

He said: “Baldwins is a massive success story. Its team has built one of the largest and most go-ahead accountancy practices in the region and being a part of that will be exciting for us and will give our staff a real chance to progress.

“We have seen Baldwins develop over recent years and this move will give our clients access to some industry-leading experts. It is a very exciting development.”

The move also means that John Baldwin will have a change of office for the first time in 40 years when he and the team move to its new base.

He added: “You can’t be sentimental in business and while our current headquarters has served us well, we have developed massively in recent years and with growth comes change, and this is a very welcome move.”

Mark Gibson, corporate partner in the Birmingham office of leading national business law firm DWF LLP, advised the shareholders of Cox Jerome on this transaction. Kate Hackett from The Wilkes Partnership, one of the Midlands’ leading law firms, advised Baldwins.