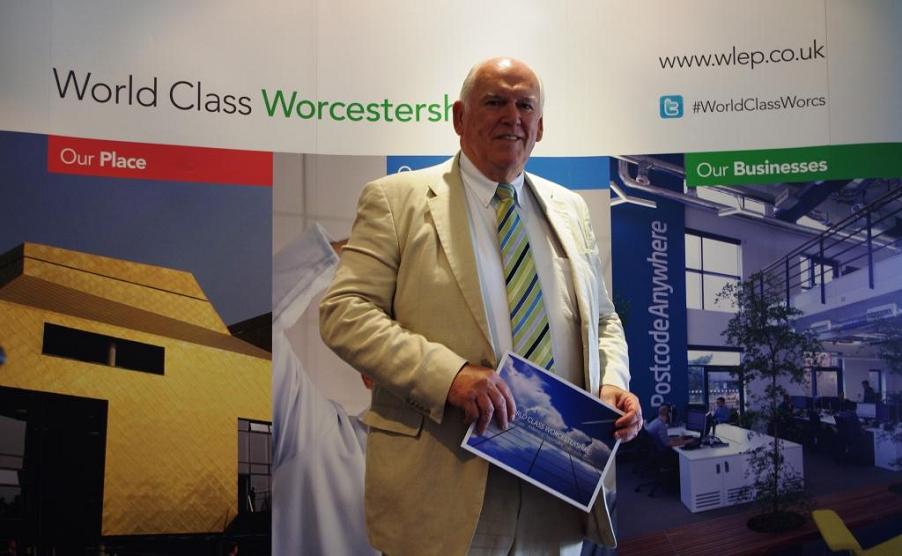 A capacity audience attended a breakfast briefing this morning to hear more from Worcestershire Local Enterprise Partnership about the outcome of Worcestershire’s Strategic Economic Plan and what the Growth Deal with Government means for the county and for its businesses.

Peter Pawsey, Executive Chair at Worcestershire LEP, explained that Government had earlier this month confirmed an indicative sum of £47million over the next five years  from the Growth Deal, with £13 million available for 2015/6.  However, the total sum coming Worcestershire’s way will be over £150 million, when other funding sources are taken into account.

For example, over the same five year period, £55 million is coming to the county from the European Union, and over £26 million is being invested in providing 95% superfast broadband coverage to  Worcestershire and its businesses by 2017.

By 2015, Pershore College will be transformed by a £6 million injection of funding from the Skills Funding Agency, and works to Junction 4 of the M5 have commenced following the announcement of £11 million funding from the Government’s Pinch Point Fund.  A further £3 million has been allocated in the Greater Birmingham & Solihull LEP Growth Deal to top up the funding for the new  £12.74 million Hoobrook Link Road project in Kidderminster, the rest of which having been sourced by Worcestershire County Council and Worcestershire LEP.

Peter Pawsey said: “We’ve a lot going for us in Worcestershire – quality of life, fantastic environment, central location, transport links, good schools, relatively low unemployment – which is why its great place in which to live, work and invest.  But we have some big challenges too – wages lower than the national average, young people leaving in search of brighter opportunities, low levels of entrepreneurship and productivity, and, like the rest of the West Midlands, a skills shortage.  So we are determined to re-create Worcestershire as a world class location, with world class skills and world class innovation, and the projects in our 2015/6 programme are but the very beginning of a ten year process during which the jigsaw will come together”.

Clare Marchant, Chief Executive of Worcestershire County Council, emphasised the strong co-operation and unity across the county between businesses, local authorities and other public and third sector organisations in producing the ten year Strategic Economic Plan on which the Worcestershire LEP’s bid was based.  She also  urged businesses and business people to become ‘Project Champions’ for the  various projects that the WLEP  is now focused upon delivering.

Gary Woodman, Executive Director at Worcestershire LEP, talked about the favourable responses received from BIS to the various ‘asks’ of Government in unlocking barriers to growth .  He said: “Over the next five years, the LEP will be judged on its ability to deliver the projects we have bid for in our Strategic Economic Plan.  We will now be working with our partners to ensure that we achieve all that we have set out to do – and more!”