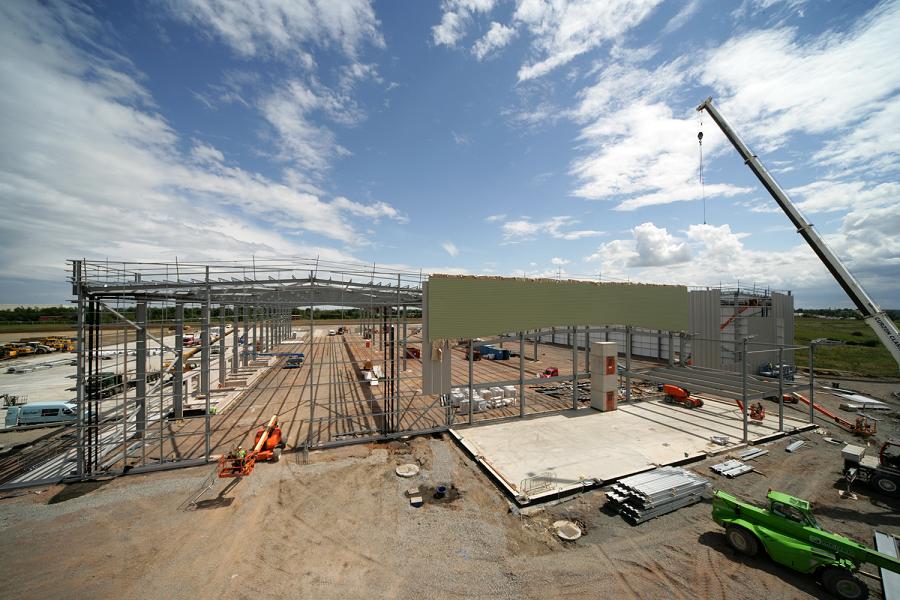 Take-up of commercial property in the Midlands logistics sector was up 20 per cent during the first half of the year, according to new research by CBRE.

In total, 3.45 million sq ft of space was transacted across the region in the first six months of 2014, compared to 2.87 million sq ft during the same period last year.

There were a number of notable deals on existing space that took place during the first half of the year, including the acquisition of 255,000 sq ft at Langley 255 in Nottingham by DHL, Task’s acquisition of 233,000 sq ft at Citygate Park in Wolverhampton, and the pre-letting of the second speculative unit at IM Properties’ Birch Coppice to DAU Draexlmaier Automotive UK Limited, which has taken 169,000 sq ft at Unit 2.

The most significant pre-let was in Thrapston, Northamptonshire, where Primark has taken a
1 million sq ft unit.

Richard Meering, senior director in CBRE’s industrial agency team in the Midlands, said: “Once again, the logistics sector has recorded another set of strong take-up figures across the Midlands, demonstrating there is still a healthy appetite for space, particularly for sheds over 100,000 sq ft.

“In 2013, total take-up across the region was 7.22 million sq ft, which looks set to be surpassed if the take-up rate continues at its current level for the remainder of the year. The only caveat to this is the low level of available grade A stock and limited land supply, other than ‘oven ready’ sites, which continue to characterise the market.

“There is now less than 1.9 million sq ft of new space available across the region, which we expect to reduce further still given that most of the remaining new build Grade A vacant units across the Midlands have strong occupier interest linked to them.”

According to CBRE’s research, design and build dominated take-up activity. Eighty-two per cent of new space acquired during the first half of the year was D&B. It also accounted for 71 per cent of overall take-up across all qualities of building.