A Welsh business based in Talbot Green has won a national award for being the most innovative new start-up of the year. SmileyTalk was the outright Welsh winner and joint UK winner of the Start-Up Hub 2011 Competition run by the Conservative Party.

Launched earlier this year, SmileyTalk is the UK’s first global social networking site for schools that allows children aged five or upwards to communicate with their peers across the world in a fun and safe classroom environment. The site has also recently been shortlisted for the 2012 BETT (British Education and Training Technology) Award in Innovation for IT.

SmileyTalk aims to encourage cultural awareness and diversity through embracing new technology and works through a range of pre-set questions and responses which are automatically translated to allow interaction between children in different countries. The package is currently being used by schools as far and wide as Poland, India and Japan. The software is already available in thirteen languages but SmileyTalk hope to continue adding to this selection and enabling more pupils to use the site.

As well as getting around language barriers, the pre-set system means that the only possible exchanges between pupils are ones that have been approved in advance by their teachers, eliminating the risk of cyber bullying.

SmileyTalk has been widely trialled by industry experts and has backing from bodies such as Child Exploitation & Online Protection (CEOP).

Entrepreneur and managing director of SmileyTalk, Martin Harris was presented with a certificate as winner of the Start-Up Hub 2011 Competition at the Conservative Party Conference in Manchester last month. Smiley Talk was also recently named South Wales Technological and Innovative Business of the Year 2011.

Martin commented: “We were thrilled to be presented with this award as we believe SmileyTalk has great potential as a learning tool and educational resource. It was a pleasure to be invited along to the Conservative Party Conference, and as a new business it’s fantastic to receive this support and encouragement.

“Rather than trying to prevent children from using new technologies we believe that we should be encouraging them to do it safely. SmileyTalk provides a 100% secure way for children as young as five to interact with like-minded children across the globe. We are looking forward to developing the product and bringing SmileyTalk to schools all over the world.”

The inspiration for SmileyTalk came from Martin’s previous project, Special Friends, an international social networking site for people with learning or intellectual disabilities and their carers. Martin’s background is in special needs and he still plays an important role in Follow Your Dreams, a charity he established in 2003 to help young people with learning disabilities discover their potential through music, art, sport, drama and ICT. 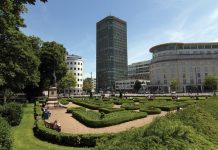 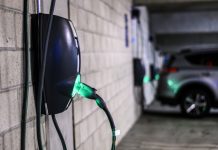