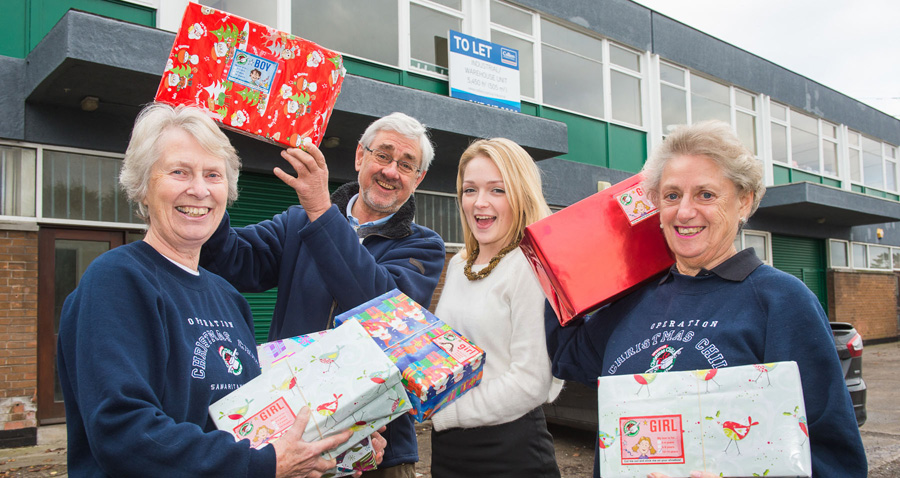 Since 1993, more than 100 million boys and girls in 130 countries have received simple shoebox gifts collected by local churches and schools from across the Greater Bristol area.

The shoeboxes will be stored and assembled for packing at an industrial unit on Portview Road in Avonmouth supplied by Kingston Garden Services.

Danielle Hatton from the industrial team at Colliers International in Bristol, who helped organise this year’s logistical effort, said the aim was to deliver one and a half trailer loads of shoeboxes to Kyrgyzstan, Romania and the Ukraine.

She said: “Samaritans Purse will occupy the whole unit at Portview Road for around six weeks to store shoe boxes that have been collected from local churches, schools and other organisations.

“They will then be collated and packed to distribute to disadvantaged children around Eastern Europe.”

Roger Fenton from Samaritans Purse said more than a million shoe boxes had been sent out last year and they were hoping to improve on that total this time around.