Knight Frank is forecasting stronger investor demand for prime offices around the world in 2014, which will lead to capital growth in the world’s leading cities.

The Global Investment report from the world’s largest independent property consultancy shows that the improved economic backdrop has boosted property investment activity. Global transaction volumes for commercial property* amounted to US$224bn in the first half of 2013, up 11.7% on the same period in 2012. Much of the increase can be attributed to a faster recovery in the US market.

For Europe meanwhile, volumes reached €74bn in the first half of 2013 – a year-on-year rise of 7% – delivered in part through improved activity in Spain and Italy.

In the first half of this year, Asia Pacific saw a year-on-year rise of 6% in commercial transaction volumes to US$56.9bn, although this figure excludes Chinese land deals which continue to account for the bulk of activity in the region.

Darren Yates, Head of Global Capital Marets Research at Knight Frank said: “We are forecasting another strong year for commercial property around the world in 2014, with capital values for prime offices in most of the world’s major commercial hubs expected to see growth over the next twelve months.

“Based on the outlook for prime rents and yields in ten key global cities, capital values are expected to rise by an average of around 5% between now and the end of 2014. Rental growth is back on the agenda and a number of cities are expected to benefit from higher rents and a modest degree of yield compression by the end of next year, as the better economic news filters through to the property market.”

In gateway cities and robust economies there is evidence of increasing investor appetite for riskier assets and markets. Moreover, specific second tier cities such as Atlanta, Dublin and Edinburgh are now receiving greater attention.

Peter MacColl Head of Global Capital Markets at Knight Frank. said: “Yield compression is now being seen in those parts of the market which have to-date attracted more limited investor interest, such as second-tier cities and only “value add” opportunities.

“The steadily improving economic backdrop is stimulating occupier activity and, with development yet to accelerate significantly, rental growth for prime assets should begin to emerge more widely – helping to ensure a strong year for global property. “

According to the Knight Frank research, a number of Sovereign Wealth Funds – from China, Malaysia and Kuwait – remain focused on gateway locations, while the South Koreans and Qataris are now increasingly exploring opportunities in medium-sized and smaller cities.

Israeli and US investors meanwhile are more established cross-border investors and have been looking further afield. REITs are also playing a more significant role in market activity, most notably in the US, South Africa, Mexico, Canada and Japan.

“While investors must inevitably face the challenge of rising interest rates as central banks begin to wind down QE, the short term impact on yields should be limited, given the improving prospects for rental growth,” explained Yates. 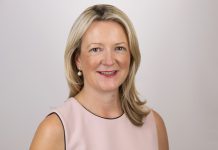 Can your business have a ‘No Jab, no job’ policy?